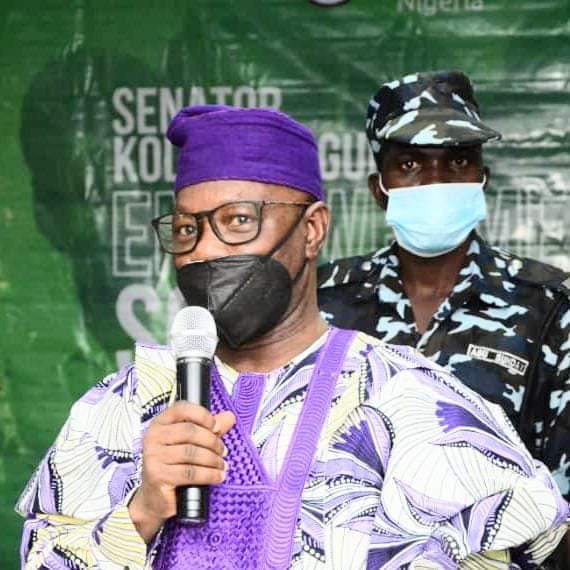 THE Senate Committee on Ethics, Privileges and Public Petitions is set for a collision course with the Colonel Hameed Ali (retd)-led Nigeria Customs Services (NCS) over the stance of the revenue-generating agency to rebuff the committee resolution asking it to return bags of rice seized from the Oja Oba market in Oyo State.

The Senate committee led by Senator Ayo Akinyelure after a meeting last week with the aggrieved market women and officers of the NCS led by Assistant Comptroller General, Garba Mohammed urged him to ensure that the seized goods were returned to the affected traders within two weeks, their shops unlocked while money taken from the shops be equally returned.

The NCS officers had penultimate week invaded the market and carted away eight truckloads of rice and money found in the shops of the affected traders. Individual senators expressed reservations that the action of the NCS was a breach of the Customs Act and the Executive Order signed by former President, Chief Olusegun Obasanjo in 2007 which empowers the agency to only impound smuggled goods, 40 kilometres radius to the border.

But speaking with journalists in Lagos on Friday, NCS spokespersons, Joseph Attah and Timi Bomodi, gave indication that the revenue generating agency would not comply with the resolutions of the Senate.

The duo maintained that the invasion of the market in the thick of the night was backed by Section 147 of the Customs and Excise Act and further advised the Senate to restrict itself to lawmaking.

Speaking with Nigerian Tribune in a telephone interview on Sunday, Senator representing Oyo South, Kola Balogun who incidentally is a member of the committee cautioned the NCS not to start a war it could neither win nor finish.

He vowed that the committee would explore other options available to it to ensure that the Ali-led Customs Service defer to its resolutions on return of the seized goods to their owners. Senator Balogun further dismissed spokesmen of the agency as uninformed Nigerians who are ignorant of the statutory responsibilities of the National Assembly.

He said: “The statement credited to Customs was nonsensical, it doesn’t make sense. It also means that it must be coming from someone who is so uninformed about the powers of the legislature.

“Yes, we have the powers to make laws, we also have what we call oversight powers the legislature, and they are instruments for nation building.

“The legislature is an institution which represents the collective interest of the citizenry, through the enactment of laws and the exercise of oversight functions on the activities of the Executive arm of government.

“The legislature in a democracy exists as an independent institution which deepens democracy and ultimately, strengthens the polity.

“This is where they are getting it wrong. It is wrong to say we are usurping the powers of the judiciary. No! That’s not what we are doing. We enact laws and we also can talk about the application of that law. In any case, where there are procedural errors on the part of those who are to execute the law, it is our duty to call them to order.

“The excuse they are giving is that because they have to minimise the incidence of violence because when the owners are there, they would resist. Is that enough excuse for you to break the law? Is that an excuse for them to circumvent the Act that they are using to protect as an alibi to defend their nefarious activities?

“What they did was purely armed robbery. How can you go there and pick people’s money? Now they are saying they only found N6,000 they took from the shops and the shop owners are saying something different. If you count any money while you were there, in whose presence did you take the money?”

Senator Balogun, who did not give details on the Senate Committee next of action if the NCS ignored its resolution at the end of its two weeks deadline, however, warned of dire consequences for the revenue generating agency.

“At the meeting with them, remember Senator Smart Adeyemi had already served them notice.

He said: “if you don’t comply with our order, we have options!

“Of course, we have other options but I won’t tell you what the options are until the two weeks must have expired and then we go back to meet and then also report to the Senate. I think they had better not start a war they can neither win nor finish, because it is going to be very unfortunate for them. The laws are made for people, not people made for the laws.

“We have problem of insecurity, arms and ammunitions are coming through the borders, they aren’t policing these borders but running after rice sellers in market places!”