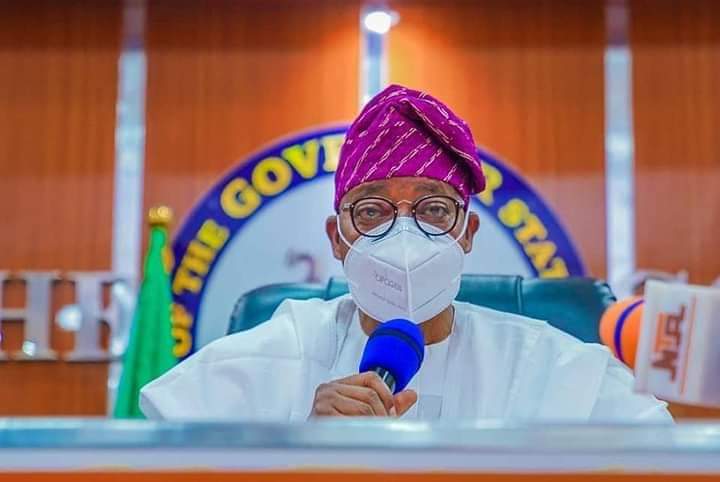 The State Government of Osun through the Ministry of Rural Development and Community Affairs has put smiles on the faces of Abanise Community, OSCOED Area, in Ilesa West local government by lighting up the community in the ancient town.

The community due to spoiled transformer supplying electricity to the Community had been in darkness for almost three years.

The department of rural development in the ministry reiterated they had the directives of Governor Adegboyega Oyetola to ensure that communities across the state are lighted up, hence Abanise Community selected in the “Light Up Osun Community Scheme”.

Mr Ayoola Adewale Adeleye, Chairman Abanise community, appreciated Governor Oyetola for his kindness of restoring light to the community, something which had been absent for about three years, he added that history will not forget Oyetolas landmark projects.

“My likeness towards Oyetola is now multiplied in millions because he is the type of leader that is rear, he promised us the light and he fulfilled the promise without us mounting any pressure on him”.

He prayed for the successful tenure of the Governor and also promised total support of the community for his re-election and second term bid in office.

In her remarks, Mrs Ilesanmi Adefunke, a landlords’ wife in the community also thanked Oyetola for counting the community among the beneficiary Communities in the “Light Up Osun Community Scheme”,

She was met in jubilation mood as at the time INMT correspondent got to the community and she used the opportunity to appeal to Governor Adegboyega Oyetola to avoid distractions and focus on development projects he has embark on, she also pledged support and mobilization of people for the second term bid of Governor Oyetola.

According to Prof Labayo, “the youths in the area planned to go on protest for the unavailability of light, before he intervened and told them the matter will be resolved. I am glad immediately the issue got to Mr Governor’s table, it was resolved and today it’s a story of joy” he said.

He then urged the citizens to engage in dialogue instead of headlock. The government of the day is doing what is right, this is the best responsible government Osun has ever had. This government embraces dialogue, which is the bedrock of developments that Osun State is experiencing under the leadership of governor Adegboyega Oyetola.

“The truth of the matter is that, the man is free, his mission is clean and his focus is direct, therefore he has no problem dialoguing on any issue that will bring development to the state” the Prof stated.

He further urged the people of the Community to make sure that there is proper monitoring and protection of the government’s property in their domain.