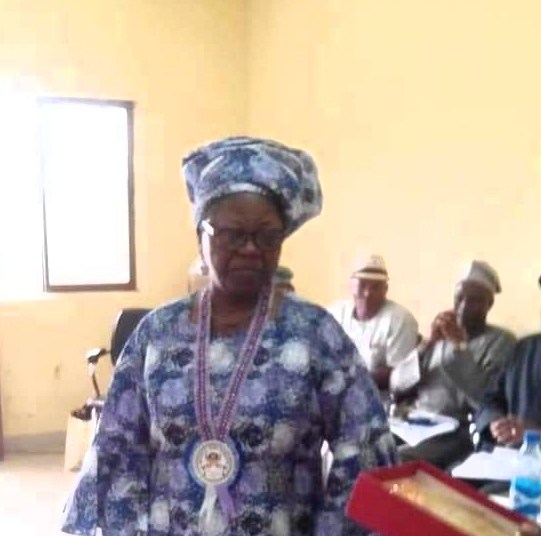 Oyo State Governor, Engr. Seyi Makinde has described the late writer of the national pledge, Professor Felicia Adebola Adedoyin, as an illustrious daughter of Oyo State, who made the Pace-Setter State proud.

The governor, who stated this in a condolence message to the family of the educationist and the Okere of Saki, Oba Khalid Olabisi, added that the late Adedoyin epitomised the quintessence of “A ji se bi Oyo laari” values, having left an indelible mark on the sands of time as a Nigerian.

A statement by the Chief Press Secretary to the governor, Mr. Taiwo Adisa, indicated that the governor condoled with the professor’s family, Saki community, the academia and the entire indigenes of Oyo State, praying to God to grant repose to her soul.

According to Makinde, who appreciated the unblemished records the professor left in the academics and in her service to the nation, the late academic fought a good fight and would continue to be remembered for her legacy contribution, which is the national pledge.

He said: “My condolence goes to the family of Mama Professor Felicia Adebola Adedoyin, the writer of the Nigerian national pledge and an illustrious daughter of Oyo State.

“In individuals like Prof. Adedoyin, the state had someone who represent the very essence of the “A ji se bi Oyo laari” value that Oyo State has been known with in more than four decades if its existence.

“While celebrating the legacy contribution Mama made in the life of the nation, I also appreciate her unblemished records of service as an academic and her service to the nation.

“At this moment, one can only celebrate her impactful life and pray God to grant repose to her soul, while also condoling with the family and people she left behind to take solace in the good name Mama made for her family and the state.