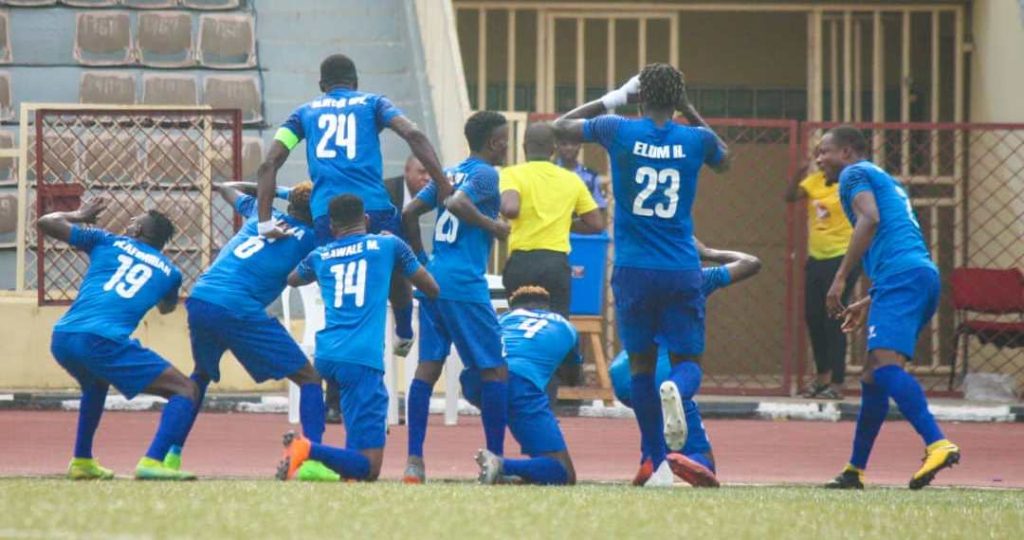 Shooting Stars Sports Club (3SC) of Ibadan displayed a great character to overcome a stubborn Vandrezzer FC of Lagos, leaving it late to win by 1-0, thus completing a double over the host who had fell 0-2 to the Ibadan soccer lords in the first round.

The coach Edith Agoye led technical crew had to dig deep to find a solution to the resistance of the Lions, who upped their game to curtail the Oluyole Warriors in the NNL Group B1 matchday 13 tie played at the Agege Township Stadium.

Substitute Raheem Quadry, emerged the hero, scoring the only goal, three minutes into added time, to break the heart of the host and ensured the Stars returned to winning ways after drawing their last two fixtures against Ekiti United.

The highly tactical game was full of anxious moments as both sides made efforts to carry the day.

Heroic performance by goalkeeper Charles Tambe, good defensive network by the quartet of Abbey Benson, Elum Henry, Amodu Nurudeen and Muritala Taiwo, energetic display by Gbadamosi Fatai Akilu Muhammed, Abayomi Adebayo in the midfield and a spirited effort by the strike force of Olafimihan Gafar, Chinedu Enuademu and Osagahae Junior was too hard for the hard fighting Vandrezzer to handle.

The homers were impressive with their display, compared to their performance during the first round, as they opened up amd tried to subdue the well organised 3SC.

With coach Tony Bolus in charge of the team for the first time, Vandrezzer, parading the likes of Anite Ukpo, Samuel Anere, Saheed Obisesan, Sonto Chukwu, Amos Okoro, David Mark, Ekerete Udom and the rest, took the game to the Oluyole Warriors but met a stiff opposition in the Ibadan soccer lords.

The first half ended goalless as none of the efforts of 3SC could beat goalkeeper Edwin Nwankanma in goal for Vamdrezzer just as 3SC goalie, Charles Tambe made some terrific saves to keep his team in the game.

The introduction of Isiaka Mutiu for Akilu Muhammed, Hycent Nwankwegu for injured Gafar Olafimihan, Opeoluwa Olufemi for Chinedu Enuademu and Raheem Quadry, who came on for Adebayo Abayomi, turned out to be the magic.

When it appeared the game would end scoreless, substitute, Quadry arrived on time to head in another substitute, Opeoluwa Olufemi’s cross, leaving goalkeeper Nwankanma sprawling on the turf for the only goal of the keenly contested encounter.

Up next for Shooting Stars, who now have 32 points from the possible 39, is a home fixture against Nnewi United in Ijebu-Ode next Sunday.