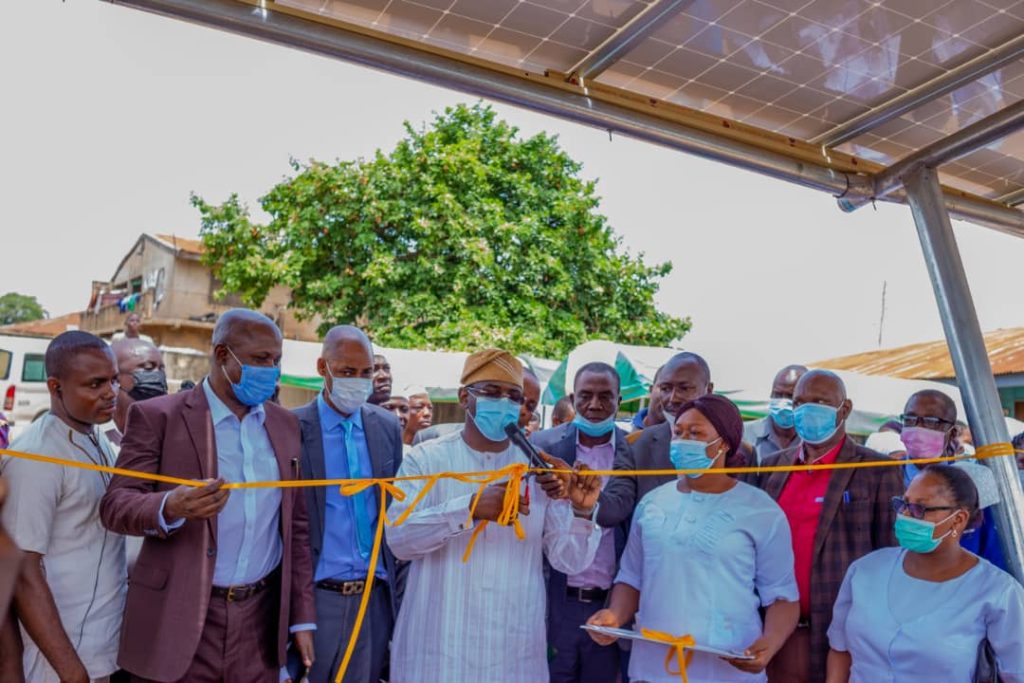 Oyo state government has lit-up another Primary Health Care Centre, stressing that its transformation agenda is aimed at making life more abundant for the masses.

He said the Solar system was provided for the health centre to enable them work convinently at night or anytime electricity is not supplied by Ibadan Electricity Distribution Company (IBEDC).

Barrister Seun Ashamu affirmed that the present Administration led by Governor Seyi Makinde is interested in promoting healthcare sector and to give the good people of oyo state desired medical care,which is the essence of  a good government.

He assured the State of Seyi Makinde’s genuine commitment towards their welfare appealing to them for patience and understanding while the infrastructure works is going and all the project would be completed in no distant time.

Ashamu hinted that the project is not limited to Ibadan and Oyo alone but across the major towns.

He stated further that the installation of the Solar plant become imperative to complement the four cardinal programmed of the current administration which are Health, Education, Security and Economic value.

Ashamu noted with joy that the light up oyo state project with smart led street lighting system is aimed to wipe out criminality in the state and to ensure befitting and fascinatig environment across the state.

The community leader Alhaji Ganiyu Oladeji in his remarks appreciated the present administration for its welfare programmes and projects promising the Seyi Makinde’s administration of people’s unalloyed support and unflincing co-operation to move the state forward.