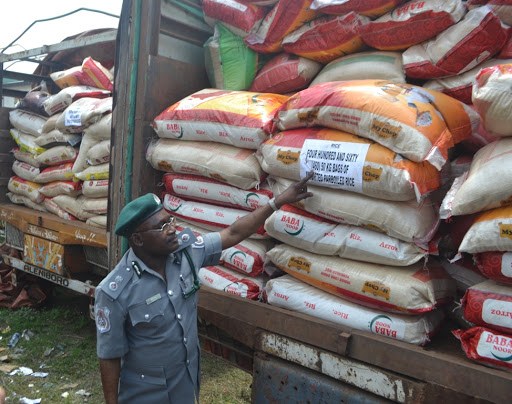 The Senate Committee on Ethics and Privileges on Tuesday directed the Nigeria Customs Service (NCS) to return the bags of rice and money which its officials allegedly seized recently from some shops in the Oja Oba market in Ibadan, the Oyo State capital.

According to The Punch, the Committee condemned the act and described it as totally unacceptable.

Officials of the NCS had last week invaded the market and carted away eight truckloads of rice and money found in the shops of the affected traders.

The NCS carried out the operation, barely a month after they raided the Bodija International Market, where they also carted away numerous bags of rice.

The development forced the Senator representing Oyo South Senatorial District, Kola Balogun, to forward a petition to the upper chamber on behalf of the beleaguered traders last week.

It also directed that their shops should be unlocked while money taken from the shops must be equally returned.

Members of the panel were unanimous in their condemnation of the NCS, insisting that its action was a breach of the Customs Act and the Executive Order signed by former President, Chief Olusegun Obasanjo in 2007.

The legislation empowers the agency to only impound smuggled goods, 40 kilometers radius to the border.

The Chairman of the panel, Senator Ayo Akinyelure, recalled that a similar string operation carried out by the NCS in Katsina State led to the dismissal of the officer, who led the operations