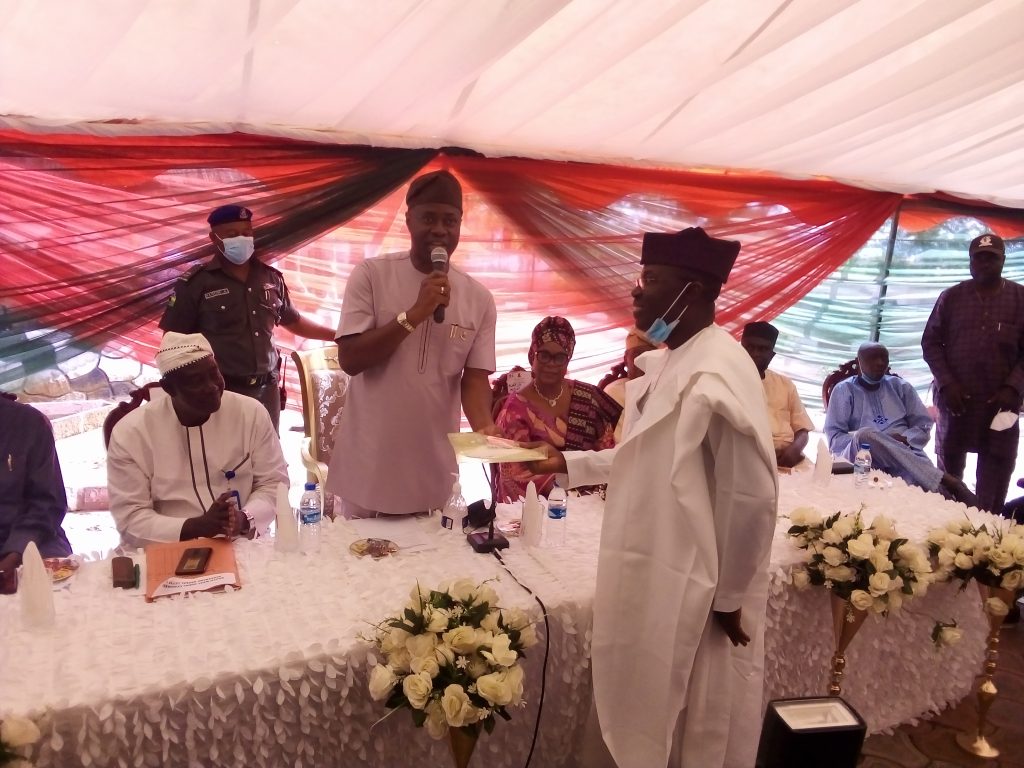 Governor ‘Seyi Makinde of Oyo State has declared that the bad governance and maladministration of the ruling All Progressives Congress (APC) will not extend beyond 2023, as, according to him, Nigerians have become tired of the party and would kick it out of power at the polls.

Governor Makinde, who stated this on Wednesday, during the inauguration of the South-West PDP Zonal Executives, held at the Government House, Agodi, Ibadan, said that the redemption of the country has begun from the South-West geopolitical zone.

A statement by the Chief Press Secretary to the governor, Mr. Taiwo Adisa, quoted him as saying that the unity of the PDP will secure victory for the party in the South-West and Nigeria.

The governor, who emphasised that the APC cannot be allowed to rule the country beyond 2023, said that there is the urgent need to address the challenges of insecurity and economic recession, which have been rampant under the APC government.
He said: “I want to thank you all for the peaceful transfer of power in South-West PDP. I want to also congratulate you, the Chairman and other zonal executive members of the South-West PDP and pray that you will steer the ship of the party to a fair haven.
“As I said before we started voting at the congress, it is a family affair and our intention was not to defeat ourselves but to bring forward our best materials, which we can use to defeat APC. And I am glad that our best materials for the South-West are seated right before me.

“We need to show the entire country that we are ready to take power back at the centre. I was reading in the newspaper where a national leader of the APC said that the APC will be in power beyond 2023. I want to say it is a big lie. Let them hear that from this South-West PDP Congress, the redemption of Nigeria has started. Nigerians are tired of all the misgovernance of the APC at the national level. Is it insecurity? Is it economic meltdown? Is it the aloofness of the entire leadership of government at the national level? Is that what is giving them the assurance of continuing beyond 2023? No, Nigerians will not take that.”
The governor equally charged the new executive members to bring aggrieved members back to the fold.

He added: “Yes, you have your work cut out for you. We don’t want anyone staying on the outside and throwing stones on the inside. We want you to go out to anyone in PDP South-West that may be aggrieved, bring them inside. So, we have to ensure that all our members are brought back to the fold, because unity is what we desire and unity is what will win the zone for us.

“Yes, I have been accused that I have not reached out to some personalities in the party. It is true but I was not the one who won the election. I think it is the winner of the election that is supposed to put a call through to those party members. In any case, I will call them at my own time. As a matter of fact, now that we have inaugurated our excos, I will call them.

“If we look at the PDP setup nationally, South-West is in the same situation as North-Central. The strongest zone so far is the South-South geopolitical zone. For us in the South-West, it is time to ensure that we take our rightful position before the general elections in 2023. South-West is the only zone that has two off-season elections before 2023. So, can you now see that your job is already waiting for you?

“Let us just even step back for one minute: if the PDP wins the two elections, what do you think will happen in the 2023 general elections? So, that is why it is important that we don’t give the room for those hell-bent on destroying our chance in the South-West because the stakes are really very high not only for the zone but for the country. So, let us leave behind the things that happened in the past leading up to the congress.”

Governor Makinde, who expressed the commitment to support the new zonal executives, added that the governorship elections in Ekiti and Osun states are must-win for the PDP,
“Those states -Osun and Ekiti – will hold elections next year and it is a must-win election for us. For me, I stand before you the newly inaugurated zonal executive committee for PDP South West, that I will support you. Yes, we still have quite a bit to chew through but I don’t have any doubt that with the quality of people that we have in this zonal exco and the quality of representation that we will be having at the national executive committee of our party, the South-West has found its voice.
“At the national level, there is an emergency meeting tomorrow and all the six of you must be there. One thing I want to put before you that you must canvass at that NEC meeting if it comes up, is the fact that it is time for PDP at the national level to put together a committee to start looking at the zoning of positions for the party nationally.”

In his remark, the newly-inaugurated South-West PDP Chairman, Ambassador Taofeek Arapaja, said the most important thing to him and members of the Zonal exco is to return the lost glory of PDP in the zone.
He added that the new zonal exco will ensure that credible and acceptable candidates are presented for elections.

He said: “This time, not five out of six but the entire South-West zone will be won for the PDP. I shall dispense all powers at my disposal to justify the confidence reposed in me by His Excellency, Engr. Seyi Makinde, and all leaders of the party at the congress of April 12, 2021, and the confidence of the entire members of PDP in zone.”