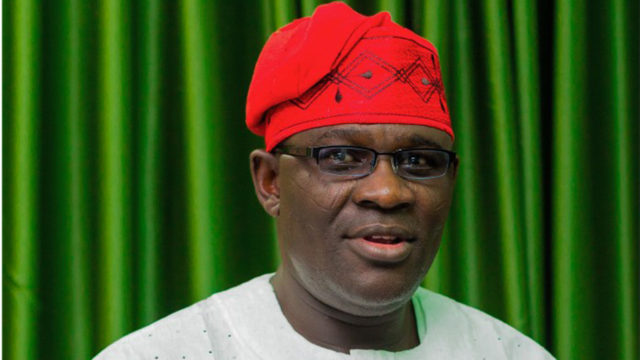 The Speaker Oyo State House of Assembly, Hon Adebo Ogundoyin has described the late former Speaker of the House, Hon Michael Adeyemo as a great son of Ibarapaland whose death three years ago was unexpected and painful.

Hon Ogundoyin in a tribute to commemorate the third year of the death of the Former Oyo State Speaker recalled that the news of the sudden demise of Late Hon Michael Adeyemo in 2018 shook the State to its foundation.

He said the two term member of the Oyo State House of Assembly who represented Ibarapa East State Constituency was a great gentleman and committed public servant.

” My heartfelt sympathy again goes to the family of the late Speaker and the people of Ibarapa East State Constituency for the loss of this illustrious son at the prime age of 47. Though it is three years now, the good memories of the politician and legal practitioner linger on. It is on record at the Oyo House of Assembly that the late Adeyemo maintained in full degree the dignity and privileges of the Oyo State House of Assembly and he left behind good track records. As a Lawyer, he understood Legislative process and business, and this made the task easier. He was one of our finest. ” Oyo Speaker said.

According to him, the late Adeyemo’s name will forever be remembered in the hallow chamber of the Oyo State House of Assembly.

Hon Ogundoyin urged the people of the State and indeed Ibarapa to continue to remember the family left behind by the late Speaker in their prayers, describing death as the necessary end of all mortals.

He prayed God to continue to uphold his family