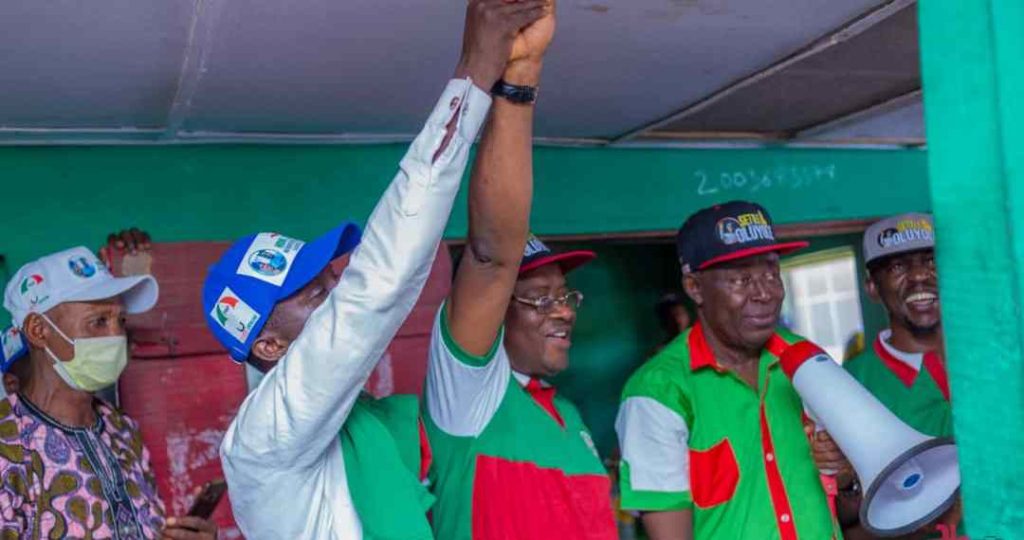 Barr. Abdu-Raheem Rahman Abiodun had announced his decision to move to the ruling party recently, having understudied the Osi Olubadan of Ibadanland, Sen. Rashidi Adewolu Ladoja and the Executive Governor of Oyo State, Engr. Seyi Makinde.

Meanwhile, Abdu-Raheem Rahman Abiodun who was accompanied by a crowd of supporters to the party’s secretariat was received by the state PDP Spokesman, Hon. Akeem Olatunj; DCOS to Governor Makinde, Hon. Abdumojeed Olawale Mogbonjubola; a former House of Rep. member, Hon. Depo Oyedokun and other party members.

Receiving the party flag which was presented to him by the PDP Ward 1 chairman, Jimoh Abideen, the new PDP member, Barr. Abdu-Raheem Abiodun assured the party of his supports to victory in the coming LG polls.
He said he is coming into the ruling party to contribute his quota to the current strides and developmental politics the party is renowned for.

According to him, “I believe in the party structure of the PDP from unit level to state level. I assure you as fellow party members, I will support the ruling party in Oyo State.

He testified to the Barr. Abdu-RaheemRahman Abiodun’s pedigree and prowess as a professional, expressing optimisim that the he will support the ruling party to victory.