OPTICS: THE MASSES PERSPECTIVE OF GOVERNOR SEYI MAKINDE ADMINISTRATIONPART 1 || By Bashorun A. Saintabey 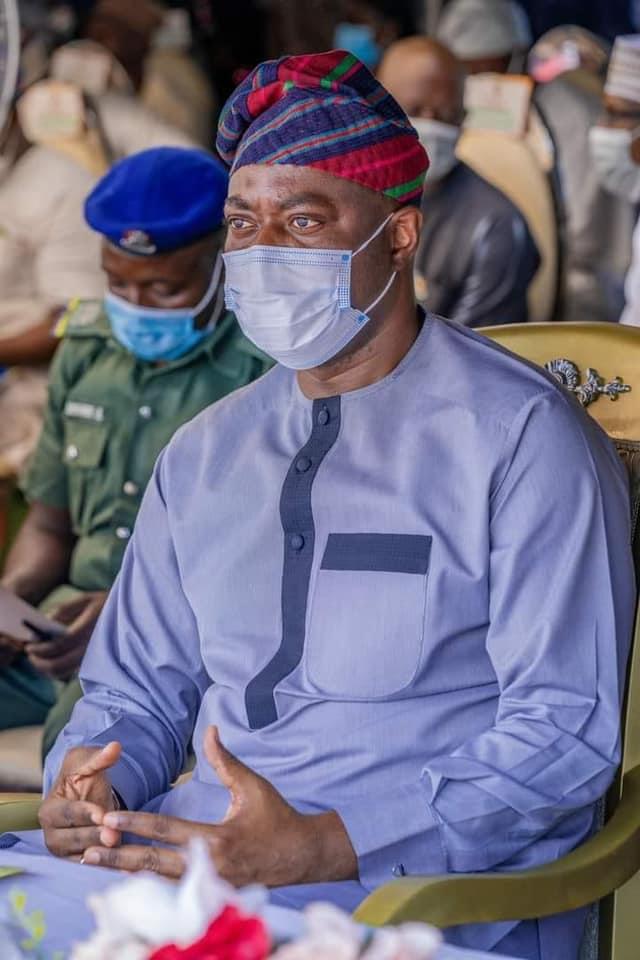 “From the capital of Oyo State, the city of Ibadan to other zones, the citizens and residents of the state agreed that the state has a face that represents them”. Such a face has a road map for the good living of the people of the state. Without any need to amplify that or draw attention to it, there’s a great deal that’s communicated about who this person is and what their life experiences have been.

Judgementally, dreams can become a reality when we possess a vision that is characterized by the willingness to work hard, a desire for excellence, and a belief in our right and our responsibility to be equal members of society. The joy of the good people of Oyo has been that the reality of their thumb as it was indicated in the ballot paper in March 2019 is bringing good testimony.

Engr Seyi Makinde with his bird view has elevated optics with a classified blueprint that enable him to propel the steering of the state without minding the clog on the wheel. The view of the public on the current administration in Oyo State still believe the governor will do more if given more time. To the artisans who have seen the progress in the governance of the state, they want more. Marketmen and women who have experienced the joy of good governance want the governor to continue with his good work.

The perspective of the common man in Oyo state revealed that the stairs have been stepped up, progress is being observed, growth is being attained, the state is setting pace and standard of living is increasing. Truly, in our judgment of human transactions, the law of optics is reversed; we see the most indistinctly the objects which are close around us. Engr Seyi Makinde has brought the government closer to the masses as he has turned the state to construction sites. Some people aren’t used to an environment where excellence is expected but in Oyo State, the governor has been a yardstick of quality and evidence of his good governance has made the state to be a model for many states.

Masses are not thoughtless, they are thoughtful, you can’t win the hearts and minds of the masses unless you inspire them, they believe you must lift their spirits and enliven their hearts. They believe Governor Seyi Makinde will still propagate the state beyond.
Effectively, the community of masses of human beings has produced an order of life in regulated channels which connects individuals in a technically functioning organisation, masses have been able to organise themselves and has the vision to detect the good performance of any elected officer and how it can be used as a meter for future election.

Truth does not change because it is, or is not, believed by a majority of the people. It is proof of a base and low mind for one to wish to think with the masses or majority, merely because the majority is the majority, in Oyo State today, masses have seen what the current governor is capable of, how the state has been transformed and how the state can go if given more opportunity.

An administration that educates the masses, elevate their standard of intelligence will certainly have a successful tenure of office. Governor Seyi Makinde has shown brilliance in him to the world and he is being described as the S I unit of good governance.