My Tenderness Not A Sign of Weakness, I Don’t Rule With Force —Makinde 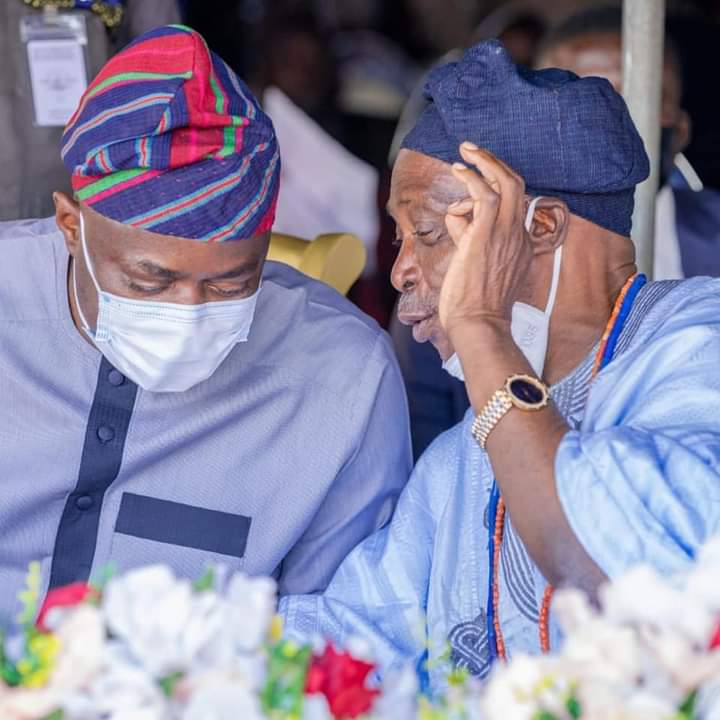 Oyo State Governor, Governor’Seyi Makinde has said that his tenderness and kindness should not be interpreted as a sign of weakness, adding that he is not a leader who leads with force, neither is he a superman who knows all.

The Governor made this statement while addressing Muslim faithful at the 7th Omi Tuntun Ramadan Public Lecture held on Wednesday at the Government House Arcade, Agodi, Ibadan.

Gov. Makinde in his address noted that the fact that he is the Governor of Oyo State today is by God’s power and the power of the people of Oyo State, both Muslims and Christians alike. He added that because of this, he is compelled to do what is right for the people irrespective of religious or political leanings.

In his words, “Being the governor of Oyo state today, is by God’s power and the power of the people of Oyo State both Muslims and Christians alike.

“If people say that my family is of a Muslim background, they are correct. The man who bears the name Makinde that is my surname is a Muslim.

“So, it is a given that I must do what is right irrespective of religious leanings or political leaning.

“You would notice that the topic of discussion today is Unity in diversity.

“How do we get united in our state and the nation at large, even though we might have different leanings or inclinations through religion or politics?

“Some people came to me to say that this person needs to be punished by the government, my final word on that is that tenderness and kindness are not a sign of weakness. In fact, some people have approached me to say that Oyo state needs someone who can rule with iron hands.

“I apologise, but I don’t lead with force because I believe that if we apply calmness and gentle reasoning to every challenge we encounter, it is actually a manifestation of strength and resolution and that is the only way that what belongs to each and every one of us will get to us.

“Anyone who is angry or feels offended that Seyi Makinde is not a superman should know that I’m only human. I also sleep like everyone else, even though it might be late and for few hours.”

The Governor also responded to criticism from various quarters alleging that the Seyi Makinde-led administration was not doing anything new but just completing projects started by the past administration.

Gov Makinde said, “I don’t want anyone to greet me, to start with, that, we did this or that, because it is not Seyi Makinde’s money that is being used in facilitating those projects.

“We are spending the money that belongs to the people of Oyo State.

“If we are in power and you are comparing us with our predecessors to try to determine what we are doing and you keep mentioning that this project or that project was started by past administrations.

“I and a former Governor who happens to be a father to me visited the site of one of the projects he started while in power, the Ijaye Asphalt Plant. The project was abandoned by his successors but the project was initiated by the funds from the state coffers. So, if we already spent Oyo state money, we must try to get value for the people of Oyo State and that is exactly how we will continue to run this administration.

“And the person who said this administration will spend 8 years, only God can say how many years anyone would spend on earth not to talk of in governance.

“So, let’s keep praying and seeking the mercy of God towards all our endeavours. We want the will of God to be fulfilled.”

The Governor also expressed appreciation for the support shown to his administration, noting that this, along with the amicable relationship among the people of the state are the major reasons why Oyo state is peaceful.

He said, “Of course, our county is faced with all kinds of challenges particularly in the area of security and ethnic/religious crisis. We experience issues with farmers and herders almost on a daily basis and people are clamoring that the Northerners should leave the South-West, which is not the solution to the challenge we are facing.

“But, I appreciate the people of Oyo State because you do not allow everything happening to affect our relationship with our fellows and that is one of the major reasons why Oyo state keeps being peaceful till today.

“So, I implore you to keep praying because our prayers are being answered.

“I am also using this opportunity to appreciate everyone for their support for this administration. It is the people’s government and we appreciate and value your support which has been a great source of strength to us.”

He finally implored participants at the lecture to show mercy to everyone around in this month of Ramadan while promising that in subsequent lectures there would be more emphasis placed on spiritual growth and less on politics.

He said, “This Ramadan lecture is meant to be a session of spiritual nourishing for our people so I will discuss further will the guest lecturer because if I come for a lecture like this, I want to go home as a better person who has gained something tangible. I don’t want to take requests or political issues home. I want to take home with me something that will stay with me till I meet my Maker. So, I assure you that in subsequent lectures, we will ensure that spiritual things are being taught and spoken on.

Finally, in this month of Ramadan, it is a month of mercy, let us show mercy to those that are near us. May the peace, mercy and blessings of Allah be with us all.”