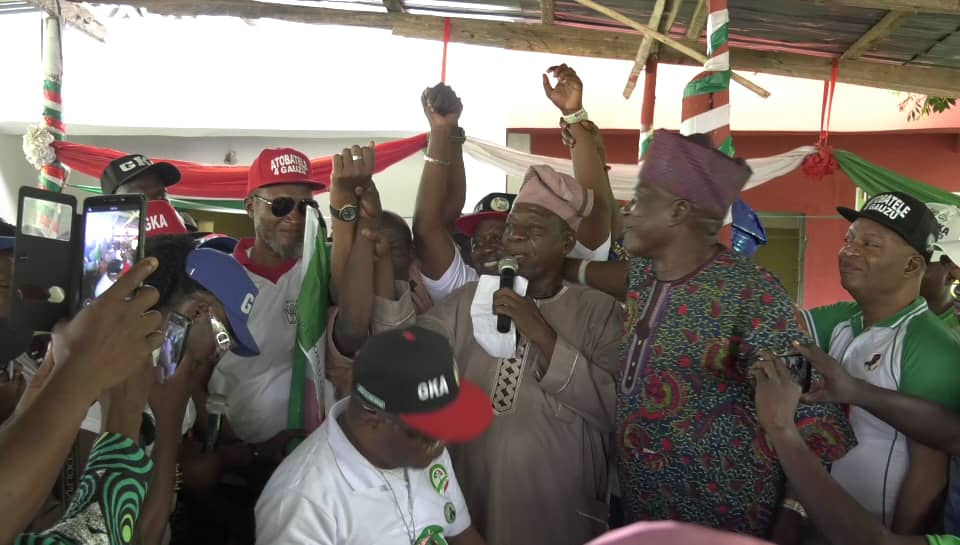 Members of the the party in large numbers converged on the PDP party secretariat at Lalupon for the event .

The party Chairman ,lagelu local government chief Michael Adegoke appealed to all aggrieved members of the party to Sheath their sword and rally round the party’s flagbearers in the contest for the success at the polls .

Chief Adegoke charged party members and supporters to ensure their votes count even as he implored them to campaign vigorously to ensure that the PDP is victorious at the polls.

He then presented stalwart Hon Gbadamosi Kazeem Adeyemi as the chairmanship candidate of the party and Hon Badmos as vice Chairman .

He also presented the 14 ward councilors comprising Lagelu local government.
While Appreciating the party for the opportunity given to him to serve, The PDP chairmanship candidate, Hon Gbadamosi Kazeem Adeyemi promised to be transparent and ensure justice and equity when elected to serve the people .

He stated that as a representative of the people ,his administration will ensure that the mission and vision of the Seyi Makinde administration is actualised at the grassroots level .
He called for cooperation from all noting that success can only be achieved when everyone plays their part .
The campaign trail later moved to the streets of as a show of the flagg off
As the team moved from Eji oku to lalupon and on to wofun ,they solicited for the votes of the people to ensure the PDP wins at the April 22nd polls .