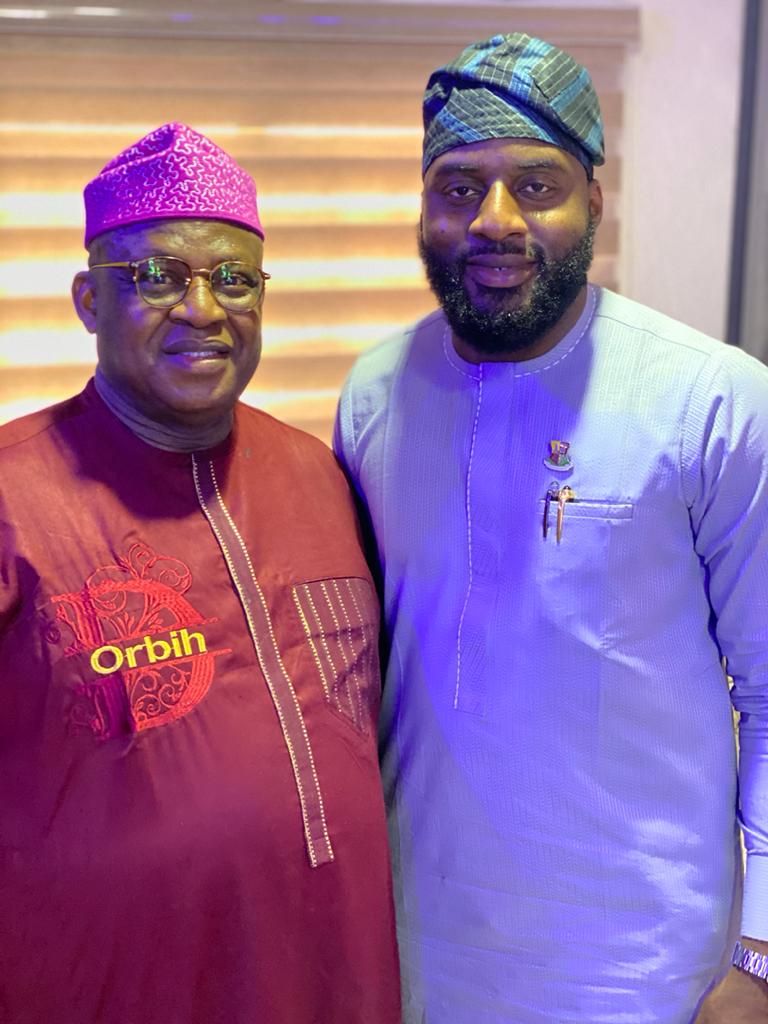 The Speaker, Oyo State House of Assembly, Rt. Hon Adebo Ogundoyin has appealed to the leadership of the People’s Democratic Party, PDP in the Country to give more opportunities for youth to participate in future political activities at the local Government, State and the National levels.

The Speaker made the appeal in Benin when he led PDP Party Youths on a visit to the National Vice Chairman South-South of the party, Chief Dan Orbih.

Hon Ogundoyin said the PDP must put machineries in place at all levels to enhance youth involvement and participation in politics .

He stated that he was in Benin City to solicit the support of the PDP Deputy Chairman for the Next Generation of young business leaders and politicians, and to show solidarity to him

According to the Speaker, the era of excluding the youth from decision making and political process is virtually coming to an end across the globe.

While commending the wind of political renaissance and resurgence blowing in the PDP across the Country, the Oyo State Speaker stressed that more youth should be factored into the scheme of things of the party and indeed if the nation at the moment to enable them participate and make impacts in politics and governance as well as help address the problems rocking Nigeria

” The vibrancy of the youth makes them indispensable and relevant as such their inclusion in politics should be encouraged in line with the Nottooyoungtorun policy of the Federal Government.” Oyo Speaker told the PDP National Vice Chairman, Southsouth.

Chief Orbih in his comments pledged the commitment of the PDP to the promotion of youth in politics , and commended the Speaker for showing the way to other youth on the need for them to show more interest in politics and governance for better tomorrow.

The PDP National Vice Chairman used the medium to call on the Federal Government not to intimidate or single out the Governor of Edo State, Godwin Obaseki for exposing the alleged printing of N60 billion by President Buhari’s administration to augment the March allocation to the three tiers of Government.