The Adamasingba Of This World: A Static Beauty, Built to Create Job Opportunities for Oyo State Indigenes || By Kazeem Olalekan Israel 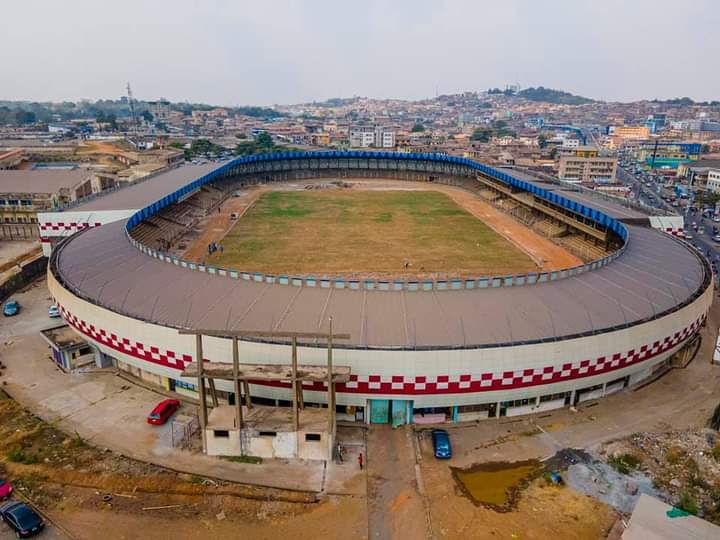 Before the emergence of Governor Seyi Makinde, the Lekan Salami Sports Complex, Adamasingba had become an eyesore because of negligence by successive governments in the State. Although the stadium hosts 3SC, which is the football team of the State and some other sports activities, little or nothing was done by successive governments in the State to ensure that the stadium is renovated to meet global standard in boosting sports development in the State, and to also enhance internally generated revenue. The stadium lacked maintenance.

It is important to note that the inadequacy of the stadium is not limited to seating capacity or structural integrity; it extends to the fact that the stadium which was built more than a decade ago is lacking in the luxury boxes, club seats, catering facilities, and advertising opportunities amongst others that could help generate substantial cash flow from high income fans and also help increase sports participation. In short, the existing facilities in the stadium are not just physically obsolete, they are economically obsolete.

However, the remodelling of the stadium which is being done by the State government through Public Private Partnership (PPA) will definitely serve as a catalyst for the State’s economic growth as the new facilities being put in place invariably contains amenities that offers additional revenue sources. The remodelling will also provide the State’s athletes with potentials coupled with the incentives being paid by the government to them.

Without mincing words, sports all over the world is an economy with huge potentials where the private sector and the government generate huge revenues, therefore, the interest of the State government to develop the sports sector in partnership with the private sector is an exciting and a welcomed development. Unlike previous administrations where sports was seen as an unnecessary burden by the government, the intention of the Seyi Makinde administration to transform this mentality and bring sports into the mainstream of government policy is a sign of many good things to come for the youths of Oyo State. With unemployment rate at an all-time high, there is a need to channel the energy of the youthful population into the right places, not leaving them to spontaneity whereby they resort to crime and other sorts of youthful exuberances like drugs. And we must commend Seyi Makinde for the foresight.

An idle hand is the devil’s workshop, and analysts have predicted that the overwhelming rate of youth unemployment is a landmine in waiting for the Nigerian society. It is therefore commendable that Governor Seyi Makinde has once again shown his visionary instincts and drawn out modalities to nip the predicted crisis in the bud by channeling the energy of youths to sports and giving them necessary technical and moral backing.

Kazeem Olalekan Israel writes from Ibadan, Oyo State. He can be reached via kazeemolalekanisraelgcaf@yahoo.com