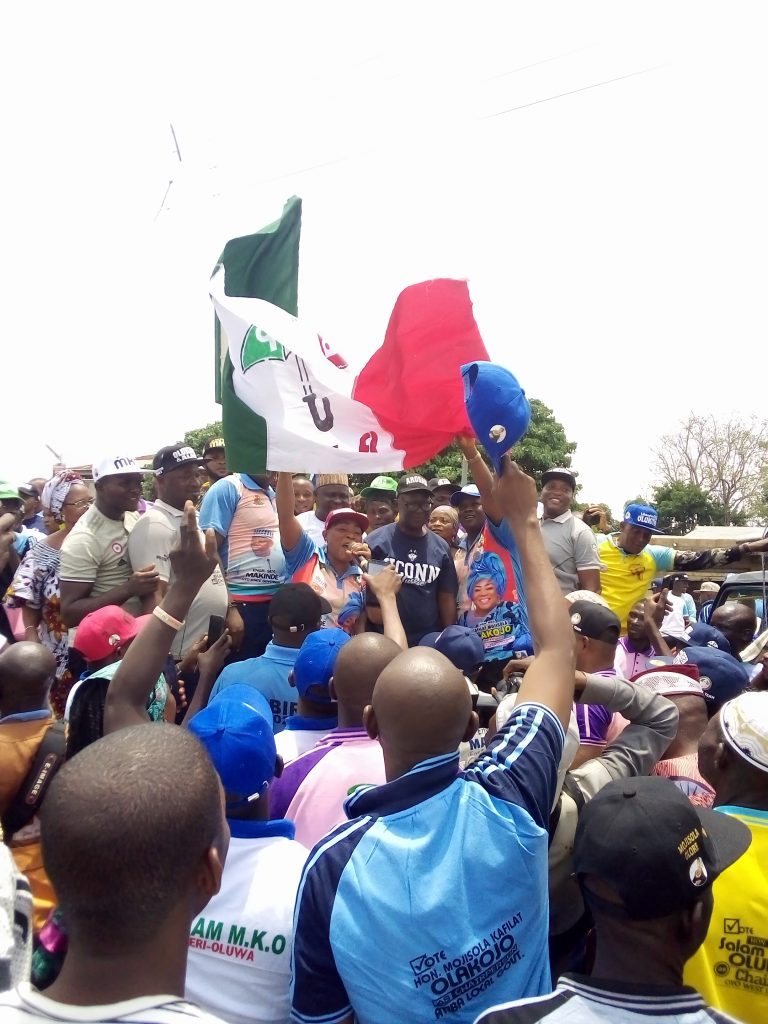 Ahead of May 15th, 2021 Election in Oyo State where the Vacant Position of 33 Local Government Chairmen and 351 Councillors will be filled on that day. The flagged off for the Campaign took place in Oyo Federal Constituency that cut accross the four Local Governments of the Constituency.

Starting from Ilora Market Open Space, Alhaji Santos, Afijio Party Chairman and other Stakeholders handed over the flag of the Party to Hon Sunday Akindele(SAO) and that of Atiba was performed at Lagbokodo Junction, Atiba Local Government with Kafilat OLAKOJO displayed her party flag.

The Movement continued to Tengba Junction in Oyo East Local Government with Hon Arowosaye Saheed Adeyemi (Arosad) presented with the flag as Flagbearer. The tour ended at Akesan Garage, Oyo West Local Government in the midst of all Stakeholders with Hon Akeem Olukitibi appreciated the good people of Oyo West with the opportunity given to him while holding his flag as PDP Candidate.

It was an atmosphere of feeling the purse of the masses where thousands of people were chanting Seyi, Seyi, Seyi. While His Excellency, Governor Seyi Makinde had been put in place for 2023 election.

Notable Leaders, Four Vice Chairmen, Councillorship Candidates in our wards of the Constituency were in high spirit during the campaign.

It is also noted that, Each Local Government will now roll out the itinerary of their Campaign in their Wards subsequently.