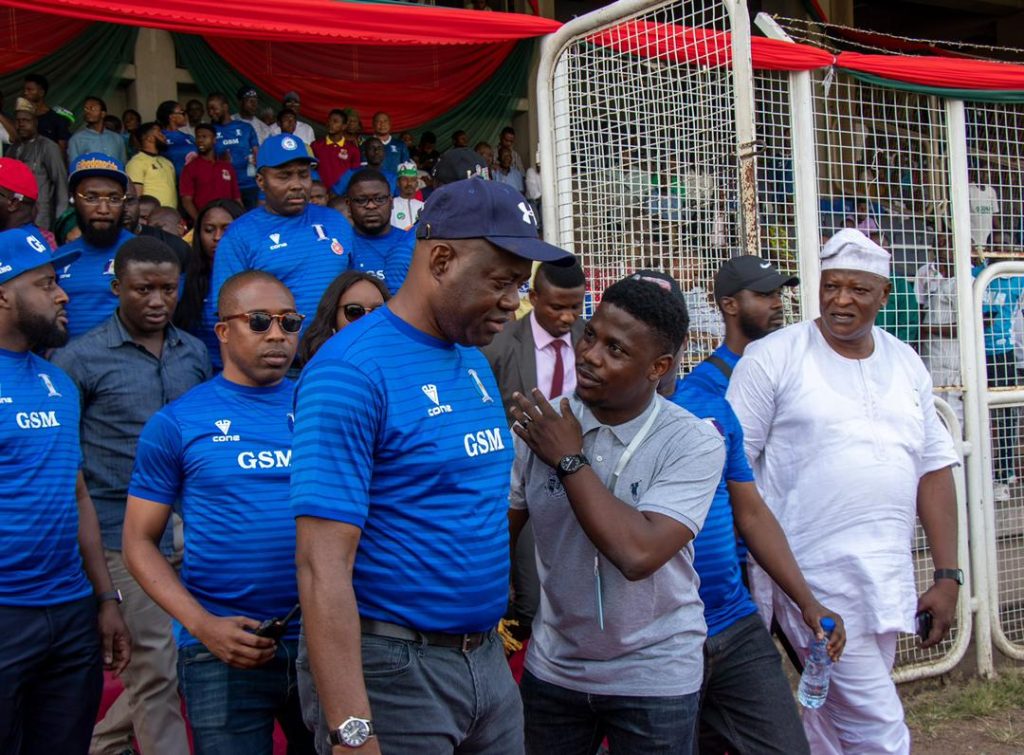 The Honourable Commissioner for Youth and Sports in Oyo State has commended the efforts of Governor Seyi Makinde enthusiastically towards sports development in the state.

At the just-concluded National Sports Festival, contigents of Oyo State to the 20th edition of the Sports Festival, which held in Edo State, won a total of 103 medals to emerge as 6th best team at the Festival. Oyo Team has 31 gold, 30 silver, 42 bronze.

The 20th edition of the festival kicked off on April 2 and ended on April 14th and Team Delta emerged as the winner of the 2020 National Sports Festival while Team Edo came second. Team Bayelsa however came third.

The Honourable Commissioner for Youth and Sports, Asiwaju Seun Fakorede’s impact in ensuring Athletes who represent the state won medal and received the cash award immediately, has really contributed positively to the success of the Team Oyo.

The Commissioner reflects the success of the Team on the immense contribution of His Excellency, Governor Seyi Makinde on how he has transformed the sporting activities in the state in that it is now to functional, economically vibrant, socially harmonious, aesthetically delightful and preferred destination for majority of citizens.

Fakorede, in expressing delight over the performance of the athletes, recalled that in table tennis, Oyo State team led by Halima Hussein beat Delta-led by Fatimo Bello 3-2 to emerge as the best playing women’s team in the country.

The Commissioner also congratulated the Team Oyo on the result of the 20th edition, which has shown to the world that Team Oyo performed better than previous editions in the state.

The bottlenecks and ill-treatment meted out to the contingents of Oyo State in the past is obviously waning, was seen as motivation for the athletes and saw the contingents amassing medals and setting new national records.

Team Oyo won Gold in Judo, Tennis, Karate, Trado Sports, Powerlifting, Weightlifting, Darts, Kungfu, Para-athletics, Athletics and Chess. This is the best outing the ‘Team Oyo’ has ever  achieved since 1977 in the history of the National Sports Festival.

In the same development, the Ministry, as part of its effort in rejuvenating sporting activities in the state, recently launched a well-designed and packaged website and has www.shootingstarssc.com as its address.

The website showcases the history of the Oluyole Warriors; the first continental trophy winner for Nigeria, the players’ profile as well as news and fixtures of the club.