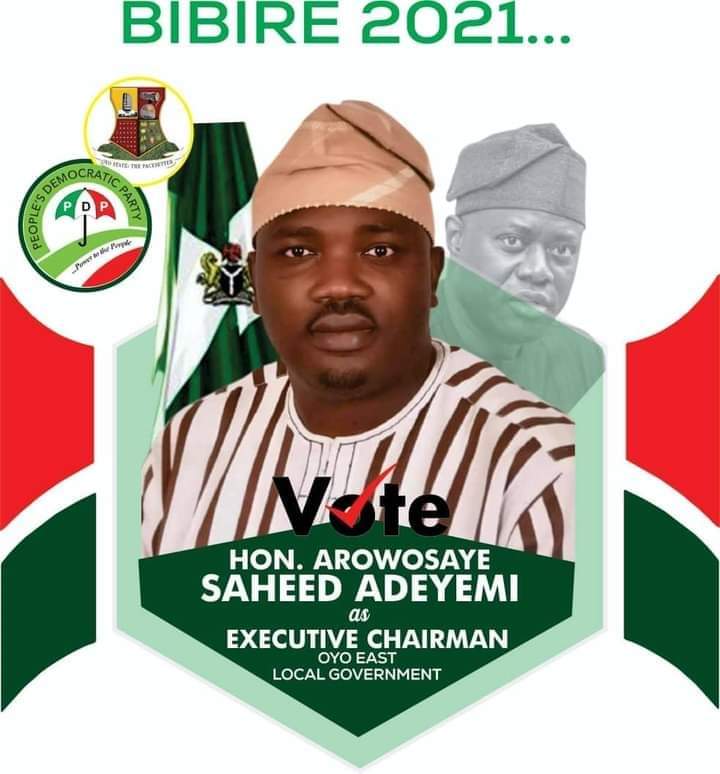 The People’s Democratic Party in Oyo East Local Government has unified factions and groups together at an enlarged Stakeholders meeting held yesterday at Olugbon Hall.

According to the statement made available to Heritageecho.com, the Party Chairman, Mr. Ganiyu Mojeed alongside the 3-Man Campaign & Strategic Committee Members called for the peaceful meeting among the Party Leaders, Aspirants, Councillorship Candidates, Local Excos, Youth and Women Wings.

The Peace meeting finally settled some scores of acrimonious, grieviancies and verbal wars among the members in the Local Government.

In his Opening Speech, the DG, Campaign Organization, Comrade Ejalonibu AbdulSalaam Akinwumi and Alhaji Waheed Alabi, the Secretary, appreciated everyone for honouring the invitation and their private visitation to them.

You could recall that, the Chairmanship Candidate, Hon Arowosaye Saheed Adeyemi (Arosad) had inaugurated the 3-Man Committee to reconcile and harmonise all the factions and also bring out the modalities to conduct an All-inclusive Campaign programme.

In the remarks of the Party Leaders, Alhaji Siju Salaam, Elder E.O.Oluokun, Alhaji Azeez Adeyemo, Alhaji Biliaminu Onifade, Engr Dele Adedeji, Pa Olayiwola Bello and Pa Falade spoke with one voice that, it is normal to have rancor anytime their is Primary or Selection of Candidates, because, only one person need to be chosen.

In view of this, they appreciated the Committee shaddled with this assignment and appealed to all the aspirants and members of the Party to work as a team with Hon. Arowosaye Saheed Adeyemi, so as to have an expected dividends of democracy that will touch all nooks and crannies.

In his own response, Hon. Arowosaye Saheed appealed to other Aspirants to join hands with him, as well as other aggrieved members for one reason or the other should please allow peace to reign.

He reiterated that, he bear no grudge against anybody and urged all the Councillorship Candidates to follow suit and always ready to preach peace and Unity in their various wards.

Comrade Kunle Adejare who spoke on behalf of the Aspirants also assured Hon Arosad and Party members that, when their is Peace and Unity, better opportunities can come.

The event also witness the rejoicing together with the newly elected South West PDP Ex-Offio Member, Alhaji Ademola Santos, who used the avenue to appreciate all and Sundry for the support towards the victory at the Congress.

He further assured that, the new Executive of the South West is Capable of putting all the wrongs within the party to it’s proper shape and once the Local Government comes back to the operation, many opportunities will still come to members.

He Charged Hon. Arowosaye Saheed to compliment the work of the Committee in paying special visit to all the Concerned Leaders and groups, so as to have, a lasting peace before, during and after the Local Government Election.