S’West Ex-Officio: “I am grateful to God, His Excellency, My People” —Alhaji Ademola Santos, Eulogizes Makinde 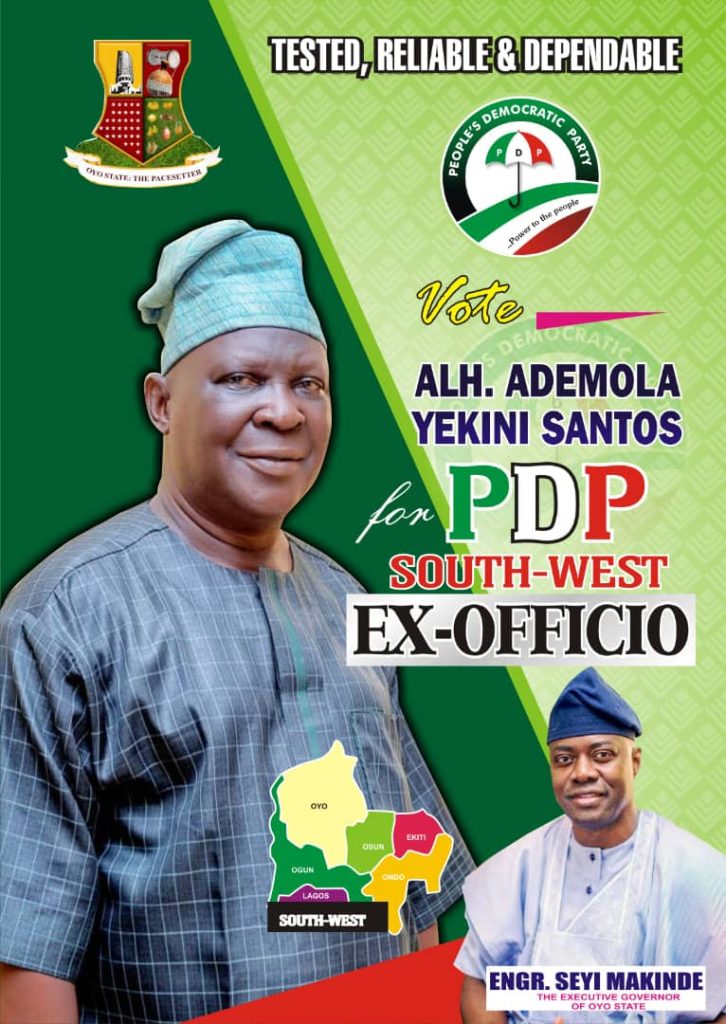 In a statement made available to Heritageecho.com, Alhaji Ademola Santos described His Excellency, Engr. Seyi Makinde as a true Democrat and a visionary Leader, as well as man of his words.

He further Appreciated his trust and confidence in all the Candidates from Oyo State, adding that, yesterday’s victory has confirmed him as a successful Leader in Oyo State and South West at Large.

“I am equally convinced that, I am surrounded with wonderful people and friends & family cut accross, Oyo State, Oyo Federal Constituency, Oyo East Local Government and Oke Apo ward I hailed from”. he affirmed.

The Ex-officio Member, assured Engr. Seyi Makinde that, he would work with Ambassador Taofeek Arapaja and other Members in tandem with the Vision and accelerated developmental progress of this administration.