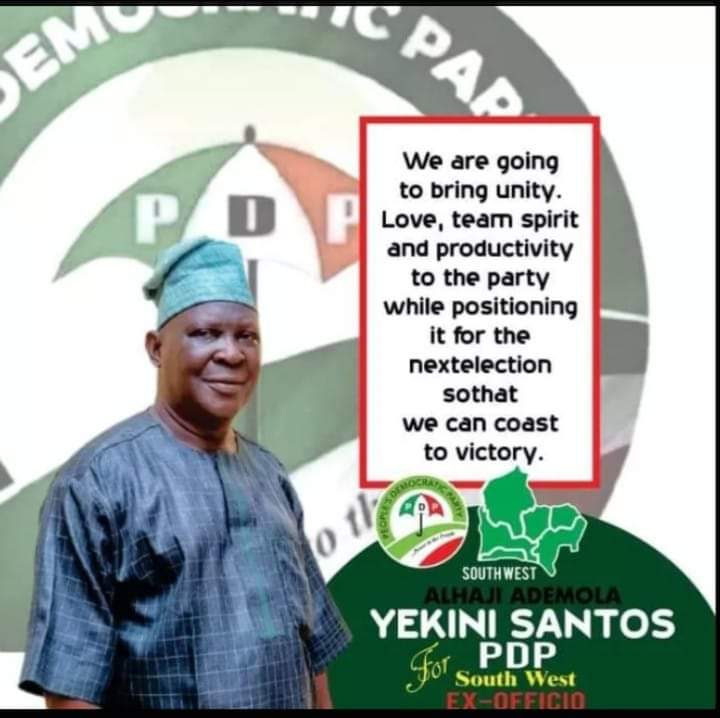 According to the statement made to Heritageecho.com, In what appears to be a moment of high spirits of the faithful Party Members and Stakeholders from Oyo Federal Constituency’s Platforms, saying “our wishes anf prayers are with you’.

The Wishes and hope of Victory has been the major debates on the PDP platforms and Facebook in few hours to the South West PDP Congress to hold at Oshogbo, Osun State.

According to the Director General, OFC PDP Media Team, Hon Sakiru Ojo, who described the Candidature of Ambassador Taofeek Oladejo Arapaja, Alhaja Abosede Adedibu and Alhaji Ademola Santos as a Winning Team and Round Pegs in Round Holes, base on their Political Rich Experience.

In another development, the Former Caretaker Chairman of Oyo East Local Government, who gave the account of the situation report of the event at the venue of the Congress, Appreciated Governor Seyi Makinde for bringing on board, Men and Women of Proven Integrity and people with deep experience to pilot the Ship of South West.

He further assured that, after the screening had been concluded and certificates awarded to the Aspirants, next is Victory by his grace, today. Arosad affirmed.