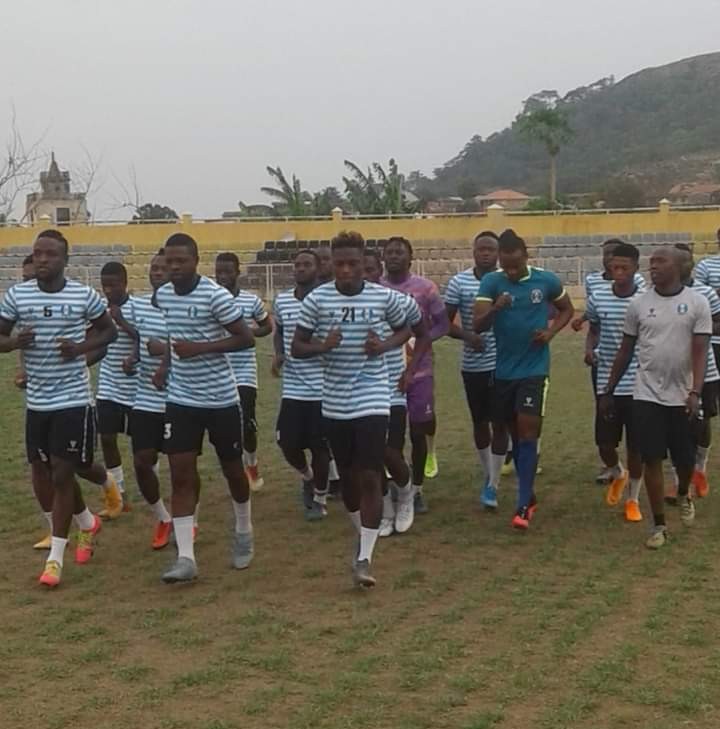 High riding Shooting Stars Sports Club (3SC) of Ibadan, are poised to end the first round of the 2020/21NNL season the way they started as they confront struggling Ekiti United.

To bookmakers, the match day eleven encounter, scheduled for the Oluyemi Kayode Stadium, Ado Ekiti, looks like an easy pairing for the Ibadan soccer lords, considering the performances of both sides so far.

With an astonishing 27 points from ten games, Shooting Stars are far ahead of their hosts who have just managed to secure 10 points from nine games.

While the Oluyole Warriors have nine victories to their credit, including three wins on the road, Ekiti United have triumphed just thrice, all on their home soil, securing just a point on the road against bottom placed Stationery Stores of Lagos.

Shooting Stars parade a deadly forward, having scored 21 goals and a stingy defense, having conceded only three goals, a far cry from that of Ekiti United who have scored just nine goals, with ten goals conceded.

In spite of these intimidaring statistics, 3SC Chief coach Edith Agoye and his lieutenants seem not ready to toy with their host as the visitors are in Ado-Ekiti with a hit squad which the struggling Ekiti United might find difficult to handle.

However, the host believe they can upset the applecart, banking on their home invicibility so far, coupled with Tuesday’s draw in far away Lagos, which was their first point away from home this season.

But the question begging for an answer is, can they withstand the firepower of the Oluyole Warriors? 90 minutes of action will tell.