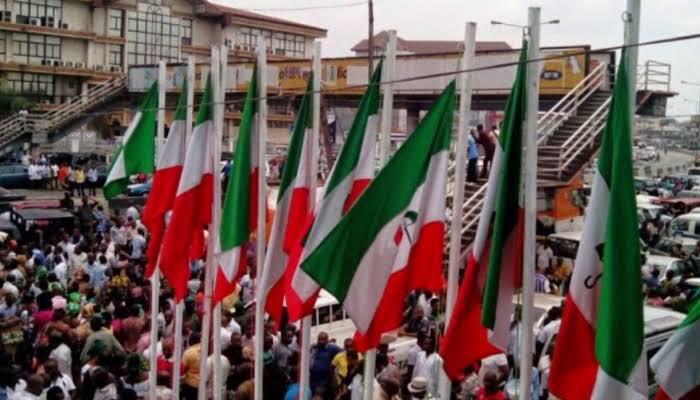 All is now set for the meeting of the Peoples Democratic Party, PDP Governors’ Forum’s meeting in Makurdi,the Benue state capital.

According to Vanguard report, the Host governor, Dr. samuel Ortom has in the past few hours received his colleagues who jetted into the Makurdi airport for the meeting.

As at the time of filing this report, Nyesom Wike (Rivers), Ifeanyi Ugwuanyi (Enugu), Aminu Tambuwal (Sokoto), Godwin Obaseki (Edo) and Ifeanyi Okowa of Delta States are in the Benue State Government Banquet Hall for the meeting.

Bauchi state deputy governor, Senator Baba Tella is also in town; an indication that his principal, Bala Mohammed is not being expected.

Vanguard reports that top on the agenda of the meeting is the security challenges in the country as well as the health of the PDP, preparatory to the 2023 general election.
Details later…