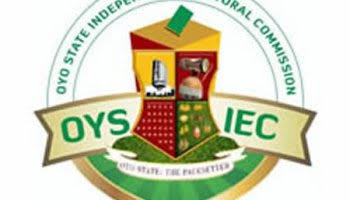 The Socialist Party of Nigeria, SPN, Oyo State Chapter, has expressed dissatisfaction over alleged exclusion from the preparation of the planned local government elections in the state.

The party made this known in an open letter addressed to the Chairman, Oyo State Independent Electoral Commission, OYSIEC, and signed by its State Secretary, Comrade Ayodeji Adigun

The party frowned at what it termed “the Commission’s continued refusal to recognise our Party as one of registered political parties qualified to participate in the local government elections scheduled to hold on the 15th May, 2021.”

“We of the Socialist Party of Nigeria, SPN, Oyo State Chapter write to officially notify the Oyo State Independent Electoral Commission (OYSIEC) of our displeasure over the Commission’s continued refusal to recognise our Party as one of registered political parties qualified to participate in the local government elections scheduled to hold on the 15th May, 2021.

“Worthy to note that the need for this letter was partly provoked by a recent media report where in a meeting held with some political parties you were quoted calling on political parties to intensify efforts in their preparation for the scheduled local government elections. SPN sees this call as an act of hypocrisy especially when a registered political party like ours that is ready for an active participation in the elections remains deliberately excluded by the same OYSIEC.

“Notwithstanding the seeming hostility displayed towards our Party by the Commission, we will still like to inform the Commission of our party’s intention and readiness to be involved in all of the subsequent engagement of the Commission with registered political parties in the state specifically in preparation for the scheduled local government elections.

“We equally consider it very important to bring to the notice of the Commission, the subsisting judgment of the Court of Appeal sitting in Abuja in APPEAL NO. CA/ABJ/CV/507/2020, ACD & 21 others AND the Attorney General of the Federation & INEC wherein the purported and illegal deregistration of our Party, SPN was nullified by the Full Panel of the Court of Appeal led by the President, Hon Justice M. B Dongban Mensem.

“Also note that the above judgment cannot be stayed, and indeed has not been stayed and as we write, the INEC has no valid appeal against the judgement at the Supreme Court. Even if it has, appeal in law does not operate as a stay of execution of a subsisting judgement. The implication therefore is that SPN is a registered political party until the Supreme Court decides otherwise.

“Given this background, we hereby urge the Commission to comply with the Appeal Court judgement and furnish us with all the necessary information and documents that will facilitate our participation and preparation for the scheduled local government elections.

“Thank you, as we anticipate your favourable response.”