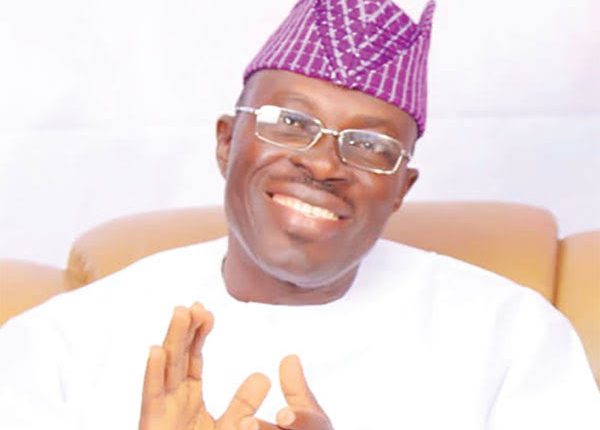 The Former Deputy Governor of Oyo State and also the candidate of People’s Democratic Party (PDP), for National Vice Chairman(South West) when speaking at his Felele resident, during the interactive session with Oyo State PDP Media Team, made it known to media men that Governor Seyi Makinde still remain the best Governor that has ever rule the Pace Setter State.

Makinde has done more projects and good works than any governor that had ever rule Oyo State, Arapaja added.

He said, Lautech had been in partnership for 8 years, and becomes a sole ownership less than 2 years of governor Seyi Makinde Administration. He has turn each zone within the state to construction site.

“When you see someone like Seyi Makinde doing good work in the State, you would be happy to work with such person, am happy when Governor Seyi Makinde called me to work together for the party at the Southwest and contested for the Vice Chairman of southwest PDP”.

But the issue is that, I didn’t know why some people are going against Seyi Makinde and his good government.

Some people going on air abusing PDP and Governor Seyi Makinde have been very aggressive.

My main purpose of contesting for the Southwest PDP Vice Chairman is to change the narratives we are in now, he added.