Seyi Makinde: A Model of Good Governance in South West and Nigeria 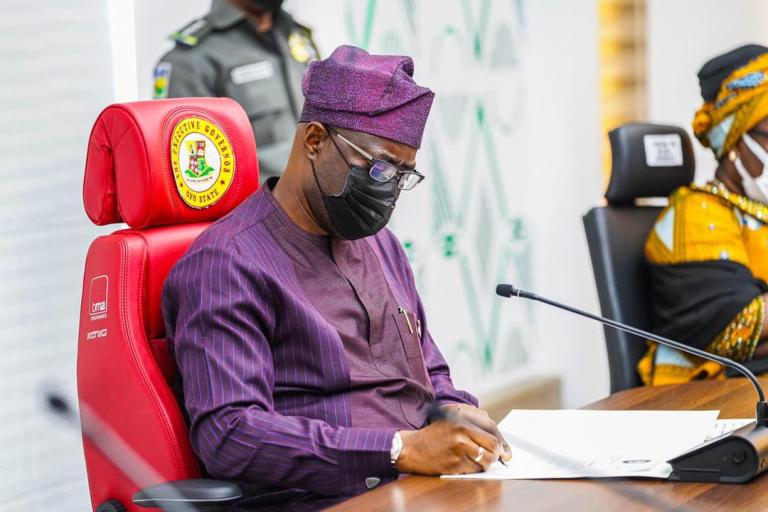 Numbers can give you exponential, growth happens when you extend your reach, the roadmap for sound accelerated development in Oyo State is being observed.
Oyo State now stands on a new horizon which is an indication of better growth.

Evidently, the nation has been paused for years as a result of inimical policies coming from the ruling party at the centre of the government.

Superlative application of E- government in the daily activities of his administration is being imitated by other governors in the country.

The governor had told members of his cabinet and ICT experts at the commissioning of over one thousand computers which was the first phase that fibre-optic cables had been laid around the state government secretariat to ensure internet access and linkage among ministries and agencies.

He said the era of physical files and papers would soon be a thing of the past in the state.

In Oyo State, how did Makinde move the State into new horizon?

The IGR of the state has improved effectively, running cost of the government has also been cut down, health-care delivery has really improved
in Makinde’s State.

The capital of Oyo State, Ibadan is wearing a new look with the construction of modern parks around the city located in Iwo Road, Challenge and Ojoo. Looking into the blueprint of the four ultra-modern bus terminals which will include galleries for Automated Teller Machines, restaurants and shops, it will also collapse the transport units into bus terminals, beautify the skyline and also enhance the security purpose.

Approval for the construction of 65-metre flyover at General Gas IdiApe-Akobo road is very vital to the socio-economic growth of the state.

The construction of the flyover will curb the usual traffic gridlock in that axis.

Looking into his achievement in less than two years in office, Governor Makinde has been able to prove to the world that governance is all about service delivery to the electorates.

He has also ensured that Oyo State paid N19 million counterpart fund for the Integrated Medical Outreach Program by the National Primary Health Care Development Agency (NPHCDA); training on New HMIS tools was conducted to 1500 health workers through his good office as well as total turn around of the health sector in Oyo State.

Extensively, his administration has witnessed a tremendous increase in the state IGR, low inflation ever, progressive rating from WAEC grading with the outstanding performance from the WASSCE result which made the State to move from 26th to 11th position.

Consistency in payments of monthly salaries to civil servants.

The governor has also positioned the state to be able to attract foreign direct investments and also access all available loans/grants which has brought increase to the standard of living of the good people of Oyo State.

The vision of Governor Seyi Makinde on Agriculture has increased the output of food production from the state, Oke-ogun as the food basket of the South West has benefited from the programme aligned for his administration, the opening and maintenance of rural feeder and farm settlement roads; establishment of cottage industries in commodities clustered areas (P.P.P.).

Eight indigenous and international agribusiness companies have signed up to commence work in both Eruwa and Akufo Farm Estates; the construction of the farm estate; expansion of School Agricultural Programmes (short term, 6-12 months).

Judgementally, Governor Seyi Makinde has redefined as well as repositioned democracy in Oyo State and Nigeria in general, his roadmap for accelerated development in Oyo State has made the pace setting state to be a role model state and the governor has also etched his name in gold.