Arapaja Moving From One Party To Another, When We’re Rebuilding PDP, Ibadan Congress Will Be Too Violent—Eddy Olafeso 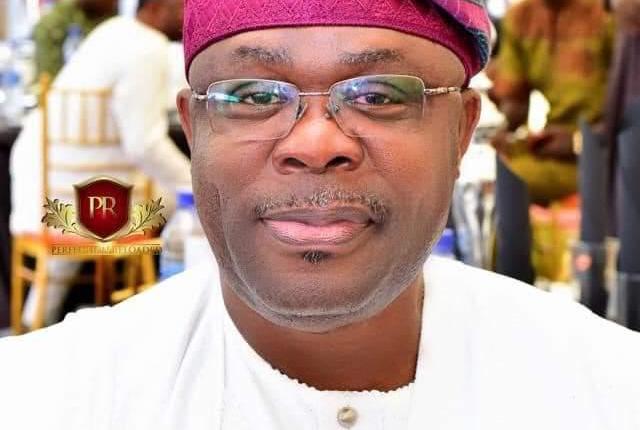 Eddy Olafeso, immediate past chairman of the Peoples Democratic Party in the Southwest has said that Taofeek Arapaja, former deputy governor of Oyo State, does not know him because he was moving from the All Progressives Congress, APC, to the African Democratic Congress, ADC, when they were rebuilding PDP.

Speaking in an interview with Nigerian Tribune, Olafeso who is contesting re-election against Arapaja said Seyi Makinde, governor of the Oyo State, will regret ever supporting the former house of representatives member.

This was just as the Ondo State politician revealed that 4 out of the 6 state chairmen as well as 7 out of 12 zonal executives agreed that Ibadan would be violent for the zonal congress.

Olafeso, who was asked if he was not afraid of another factional congress disclosed that “it cannot happen because the constitution stipulates that the National Working Committee (NWC) is in charge of all congresses: both local government and states, as well as zonal and national conventions. It is where the NWC sends its committee to conduct the congress that is the authentic one. So, if you take anything that is not authenticated by the NWC, you are wasting your time and nothing can happen out of that.

“Our desire is to make sure that it is peaceful because our ambition is not worthy of the blood of anybody; the fact that they have over-militarised our processes. You were there when we were doing the governorship primaries in July last year in Ondo State and how much violence they visited on even some of us, the aspirants at that time. The vehicle of the then state deputy governor, Agboola Ajayi’ was destroyed; Dr. Bode Ayorinde’s vehicle was shattered; many of us were bludgeoned; a former House of Assembly member from Ose, her home was ransacked. How can that be possible? That is the reason some of us said no, let us go to a neutral ground; if you know you have the support, bring all your men.

“The last one was in Ondo State; the other one was in Osun, there were some we did in Abuja. So, it is not a big issue; we all should be able to take a decision on where we are all going to be comfortable. As at today, four state chairmen, seven out of 12 zonal caretaker committee members have decided that Ibadan would be too violent for our congress and that we must find a neutral ground where people can vote peacefully for whom they want. We are not enemies and we must recognise that. Something came to my attention and it was a sloppy talk from Taofik Arapaja. Quite frankly, if that is about the competition, then, lack of content is probably what to blame because if he has content to his campaign, he would not be focusing on an individual. I heard a very sad statement credited to him that he doesn’t know Eddy Olafeso.

“He wouldn’t know me because he wasn’t there when we were in the struggle to make Oyo State PDP: he had already migrated. He is known to constantly migrate. And if you want to know Arapaja, please ask from former Governor, Alao Akala; ask from Baba Rashid Ladoja; my own leader; and ask from every other person he has really worked for in the past. And I pray Governor Makinde will not equally regret bringing him up to come and compete with me in this zonal congress. For me, there is no bitterness of any sort; Governor Makinde will still be my brother from now till eternity, we have absolute respect for each other. But we must not blackmail one another. My life has been lived; I was commissioner for information and strategy in Ondo State.

“I have worked with all my colleagues from the NWC to the zonal and the entire country. I want to advise him to pay attention to wanting to lead a people, wanting to lead the South-West PDP: it is not an easy task. It is meant for a very cerebral and highly dedicated member. I relate with Governor Seyi Makinde and equally relate with Ayodele Fayose; I relate with former Governor Oyinlola because they are leaders and during elections, you will be in your own state while others are watching for you in your own state. You can disagree on the basis of method and approach but not abusing one another,” he added.