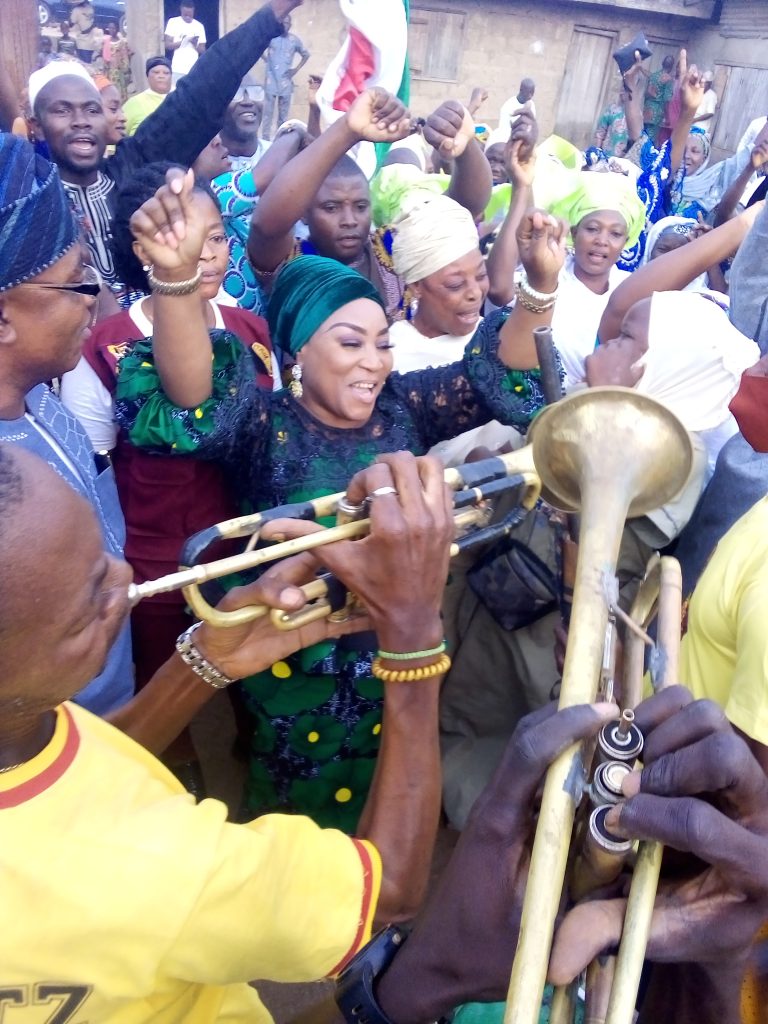 In a statement made available to Heritageecho.com, Olakojo made this disclosure, While addressing the party members at the general meeting, held at L.A Primary School, saabo, Oyo. She solicits support of everyone and urged them to vote enmass on the forthcoming local government election, schedule to hold on May 15, 2021.

He also described Olakojo as a grassroot politician, woman with passion for the well being of women folks, youths, elders and a philanthropist, said, she has been contributing greatly to the party even before her emergence. He further assured the generality of the royal council all-round development.

Speaking on behalf of the party Elders, the Chairman, Community and Social Development Agency (CSDA), Hon. Babatunde Eesuola appreciated the party executives for the candidature of kafilat Olakojo, while assuring them that her administrative prowess will transform the royal council.

The CSDA chair presented the party flag to the chairperson candidate, Hon. Kafilat Olakojo, urged everyone to vote her and all the Councillorship candidates, come May 15, 2021.