INSECURITY: 70% Of Farmers In Oke-Ogun, Ibarapa Have Abandoned Their Farms—Alaaafin ﻿ 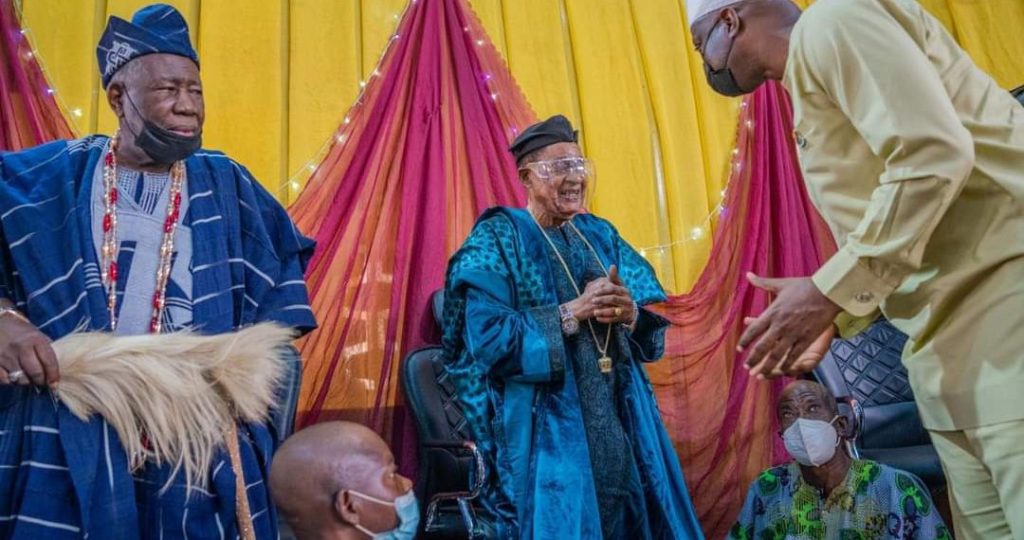 The Alaafin of Oyo land, Oba Lamidi Olayiwola Adeyemi III, on Wednesday, noted that the killing, kidnapping and other criminalities in the state were rampant to the extent that 70 per cent of farmers in Ibarapa and Oke Ogun zones of the state had abandoned their farmlands.

He  accused security agencies of frustrating the efforts of traditional rulers by releasing suspected criminals after they have been arrested and handed over to them.

According to the Nigerian Tribune, Adeyemi made these assertions when Governor Seyi Makinde met with traditional rulers across the 33 Local Government Areas of the state, at the House of Chiefs, State Secretariat, Ibadan, on the state of security in Oyo state.

For states to effectively address insecurity in their domains, he reiterated calls for state policing noting that the nation currently operated a unitary system where the federal government directed security affairs of states.

While lauding South-West states for coming together to form Amotekun, he maintained that without state policing, states will continue to be puppets under the federal government.

Noting that the current system was such that Commissioners of Police were responsible to the Inspector General of Police and not the state governors, he stressed the need for the operation of true federal structure in the country.

Oba Adeyemi said: “We the traditional rulers are stakeholders. In our community and villages, those being killed are our wives and children. Our daughters and women are those being raped. They are killing our people. We cannot relocate to Ibadan in search of protection.

“All the suspected criminals that we arrested through our own local intelligence in the forests, we handed them over to the police. They were arrested for kidnapping, rituals, and so on. But we usually see them on the third day, walking around the street.

“70 per cent of our farmers in Ibarapa and Oke Ogun have abandoned their farmlands. People are no more farming. “Since 2018, we the traditional rulers have not been sleeping with our two eyes closed since they started the Jihad. They have been kidnapping kings too.

“When they kidnapped the Baba-Aso of Igbole, we the traditional rulers were the ones that contributed money for ransom and paid before the monarch, his wife and child were freed. We have secured the release of many victims. We have our own vigilante in the forests. We buy 10 bags of garri, 10 bags of semovita and so on for the vigilante in the forests. We would not declare our operation modality until after the arrest of the suspects and we hand them over to the police. I will leave the original copy of my address with the governor. He can investigate police formations, especially at the anti-kidnapping unit in Ibadan. None of those arrested and handed over to the police had been jailed.

“Governor Makinde is taking the right step, but the Constitution that we are operating in Nigeria is defective. The governor is doing what he can and he can do whatever you want him to do. But when it comes to the area of security, there is nothing the state government can do, if the Federal Government does not do it. The state governor cannot direct the Commissioner of Police to do something, if the Federal Government does not approve of it, the CP will not honour the governor. We should not deceive ourselves.”

“The money that Oyo State Government is spending on security, you are just spending because there are no appreciable results. We are stakeholders, we partner with you, and we spend our money to put up vigilante group that are still in the forests. Also, we have some Fulani that believes in us. If they entered the forest today, before tomorrow, they are already in the Benin Republic. A suspect that was arrested with an AK-47 rifle, we have his photograph, that we handed over to the police, where is the AK-47 rifle now? If you invite us, we will advise you appropriately.”