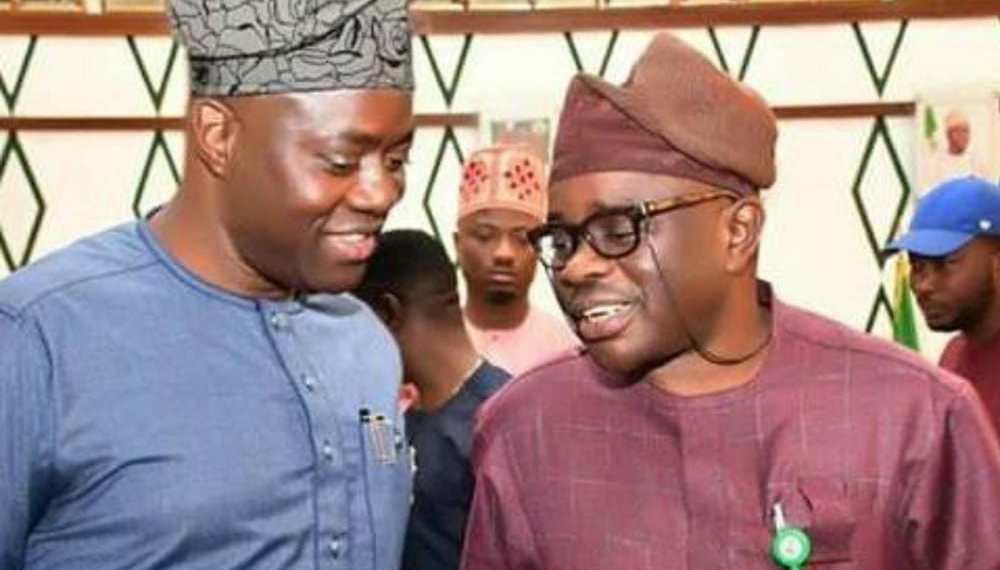 The Chief Press Secretary to Governor ‘Seyi Makinde of Oyo State, Mr. Taiwo Adisa, has cautioned a former member of the House of Representatives, Hon. Saheed Akinade-Fijabi, to stick to speaking the truth at all times.

Adisa, who was reacting to comments credited to Fijabi when he featured on an IBR FM, Ibadan programme tagged BOTTOMLINE, said that since the truth is always constant, Governor Makinde’s actions and position cannot be muddled up in hay of lies by opposition elements.

He stated that it was shameful that Fijabi attempted to sweep under the carpet the unsightly and incomprehensible conduct of the immediate past administration in Oyo State, which frittered away millions of Naira in its failed bid to construct the Akobo flyover.

“Rather than criticise Governor Makinde over Akobo flyover, every well-meaning indigene and resident of Oyo State should praise the governor for saving the state a little over N400 million, in the award of that contract,” Adisa said.

He added that it was shocking to hear that Fijabi was “annoyed” at the feat achieved by the governor, stating that only people who have lost their souls to lying would celebrate falsehood and impropriety above transparency, which Governor Makinde demonstrated in re-awarding the Akobo flyover project.

The statement further read: “It comes as a surprise that Hon. Fijabi would publicly express anger at the governor’s insistence on probity and accountability to the extent that he would go on the radio to express such disgust.

“Fijabi needs to tell the world whether he was happy that the sacked contractor had close to N400 million of the state’s resources in his hands but failed to deliver on the project since 2017, putting thousands of residents plying the Akobo-Ojurin road in hardship.

“He should also explain that he is unhappy with the insistence of Governor Makinde to recover every kobo illegally paid to the contractor by the previous government and tell the whole world whether grandstanding on the side of falsehood is how to be an opposition politician.

“Whereas the previous government had awarded the contract for the bridge in May 2017 at the cost of N1.464 billion and paid N368 million to the contractor, no tangible work has been done up to May 2020, when the contract was terminated.

“In any case, we need to put it out clearly that the government of Senator Abiola Ajimobi has not paid for the Akobo flyover as erroneously claimed by Fijabi.

“What that government did was to overprice the contract by as much as N400 million and paid N368 million in 2017, for a ‘mickey mouse’ job inherited by the Makinde government. Signs of the poor job done by the contractor after collecting N368 million are still at the foot of the bridge as we speak.”

On the Ibadan Circular Road, Adisa said: “We need to educate Hon. Fijabi that Governor Makinde is only clearing the mess left behind by the APC government in its unproductive eight-year reign in the state.

“The truth is that most of the APC elements like Fijabi, who have become overnight commentators and armchair analysts on radio, were too subservient to the late former governor to really know the reality of the situation when he held sway.

“We challenge Fijabi and other APC lackeys , to pick a date and a time and we would meet them up for an inspection tour of the Circular Road, which they blindly hail their late leader for ‘nearly completing’ or better still, they can organise and use their falsehood machinery to fly a drone over the project and see how the Ajimobi government fleeced the state.

“For the records, not one single kilometre of the Circular Road was delivered throughout the eight years of the APC, but we can report that at least two kilometeres of the road (on either side) had been taken to the asphaltic wearing cost level, following the push by Governor Makinde.

“If the past administration had applied such pressure in its eight-year tenure, we won’t be talking of the Ibadan Circular Road still being in progress at this time or at least, the first phase of 32 kilometres would have been done with.”

He restated that Governor Makinde will deliver the 32 kilometre first stretch of the road not later than May 2023 as earlier promised.