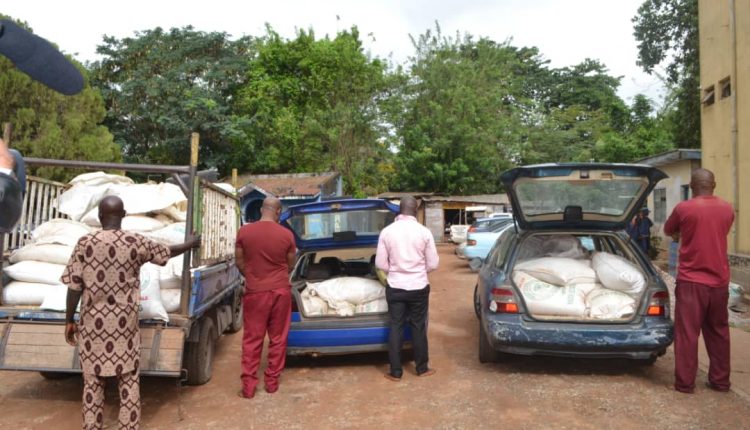 The suspects were arrested at the main entrance gate of the Secretariat of Oyo State.

The State Commandant of the Corps, CC Iskilu Akinsanya disclosed that the four suspect are Akinade Olubukola Male, 49yrs from Gege area of Ibadan with 12 bags of 50kg of Maize in a Blue Honda Accord with Registration number BDJ 189 XN.

Meanwhile, the State Commandant have made it know that the Suspects would be charge to Court after the completion of the investigation.

He also used the medium to enjoined the good people of Oyo State to always have belief in the Security in the State and to always inform NSCDC whenever they suspected any form of insecurity in their vicinity.

“It’s our responsibility as NSCDC to protect the lives and properties of Government as well as Citizen of Nigeria”. Commandant Iskilu Akinsanya stated.