2023 PRESIDENCY RACE: Yoruba May Scuttle Their Chance, Like They Opposed Awolowo, Abiola Ambition— Oluwo Of Iwo 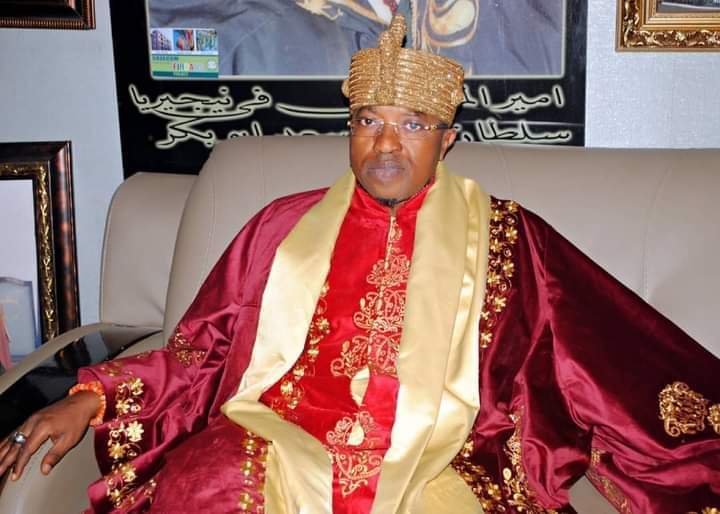 Oluwo of Iwo, Oba Abdulrosheed Adewale Akanbi, has urged Yoruba people in the country and abroad to defer the idea of the Oduduwa Republic to actualise that the South-West region produce next president in 2023.

The paramount ruler said it was not the appropriate time for the region to clamour for a sovereign nation while submitting that it was a disruptive agenda for the region.

In his analysis, Akanbi told SaharaReporters on Wednesday that the Yoruba people usually caused their own downfall every thirty years since 1963.

He revealed that the Yoruba people were instrumental to the nightmares of the late Premier of the Western Region, Chief Obafemi Awolowo and the late business mogul, Chief MKO Abiola in 1963 – First Republic and 1993 – Third Republic respectively.

He, then, added that 2023 would mark another 30 years which was supposed to be another turn for someone of Yoruba extraction to emerge as President, but that internal obstruction had already begun.

“I greet all Yoruba people in Nigeria and in the Diaspora. I urge Yoruba to not inherit the rag mentality of our forefathers. The rag mentality is that they held contempt against one another in ancient times. It was a curse that followed them that is confusing the younger generation. This has led to the recent agitation that they want a Yoruba sovereign nation.

“This is not the appropriate time to seek the Oduduwa Republic. There is an adage that an old woman cannot be in the market and watch an infant suffer. I will not allow it, for Yoruba to separate from Nigeria now.

“When Obafemi Awolowo wanted to become president in 1963, the Yoruba people opposed him at that time. When it was the turn of Abiola in 1993, the Yoruba people were his core enemies who prevented him from becoming the president. This time around, it will be another 30 years after MKO Abiola’s issue which should be in 2023. It is every 30 years that one prominent Yoruba candidate would try to become the president of this nation, that we obstructed him.”

The paramount ruler said it was not the appropriate time for the region to clamour for a sovereign nation while submitting that it was a disruptive agenda for the region.

He argued that ex-President Olusegun Obasanjo did not get to power with votes from Yoruba people, thereby did not develop the South-West region during his eight years in office.

“I don’t know who will be there in 2023. We have not had a president of Yoruba extraction that massively got the support of the Yoruba people. When Obasanjo ruled, he didn’t get there through the support of the Yoruba people and that was why he favoured the region that voted massively for him. He tried a bit for Yoruba, but he didn’t have their interest at heart knowing full well that they didn’t support him.

“In 2023, it is the turn of South-West again, and this time around the Yoruba people should tremendously support their own. Whether it is APC (All Progressives Congress) or PDP (Peoples Democratic Party), so far it is a Yoruba indigene, we should all rally around him. Even if it’s Accord or KOWA party, Yoruba people should support any presidential candidate in 2023.

“As a paramount ruler, I will ensure this and not allow the curse of Yoruba causing confusion, disruption when it is their turn to rule. It is Yoruba that will amend things in the country. When Yoruba president gets to power, he will rule and definitely will assign Yoruba people into exciting offices because they support him.

“Everyone is condemning Buhari for (his) nepotism, why won’t he assign his people to the highest posts? His people supported him. The same thing during (Goodluck) Jonathan (government).”