Ibadan Circular Road Will Be Deliver Before May 2023 — Makinde 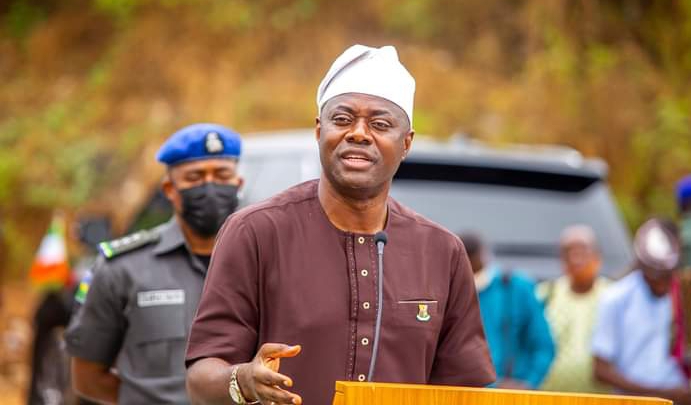 …says we are pushing contractors hard on infrastructure works

The Oyo State Governor, His Excellency, Engineer Seyi Makinde, has said that his administration will complete the 32-kilometre stretch, First Phase of Ibadan Circular Road, before the end of his tenure on May 28, 2023.

The governor, who stated this during a tour of the project, said that his administration had to sack the contractor inherited from the previous administration due to unsatisfactory slow pace of work.

According to him, the contractor would be unable to deliver the road in another 20 years if allowed to continue at the slow pace.

A statement by the Chief Press Secretary to the governor, Mr. Taiwo Adisa, stated that the governor, however, promised to pay the sacked contractor for evaluated work done.
As at the time of the governor made the on-the-spot assessment, only two kilometres of the 32-kilometre road had been tarred at the level of wearing cost by ENL Consortium Construction company.

He said: “We have terminated the initial arrangement. This is the road that we think will change the economy of Oyo State substantially but the previous contractor, if we had continue with their pace, maybe they may finish in another 20 years.”

He added: “Now, we are asking them to do joint valuation because we are not here to destroy anyone’s business. Of course, money has been spent and we have to ensure that whatever has been put into to this, we will reimburse the previous contractor.

“So, we have an appreciation of what we need to do to ensure that this kicks off almost immediately and then it can meet our target.”

He added that his administration will make sure that the road is completed and delivered within his tenure, adding that the road will be concessioned but government will have some involvement in it.

“This 32km portion must be delivered within this first tenure of this administration. We are still going to concession it, because the previous administration left it 100 per cent to the concessionaire, which we thought was a mistake.

“We definitely will have some form of involvement of the Oyo State Government with a new concessionaire. We will take certain percentage for Oyo State Government and, that way, the government is carried along every step of the way”
While speaking on the Old Ife/Airport/Sawmill Road, the governor said the contractor has just revised his schedule and that the job will be completed in October 2021.

He declared that his government will continually inspect and push contractors hard on infrastructure projects.

In his words: “They (the contractors) just revised their schedule and that job should be completed and delivered by October of this year. So, we will stay on their back and ensure it is delivered as scheduled.”