Attack On Ortom, An Invitation To Anarchy—NGF ﻿ 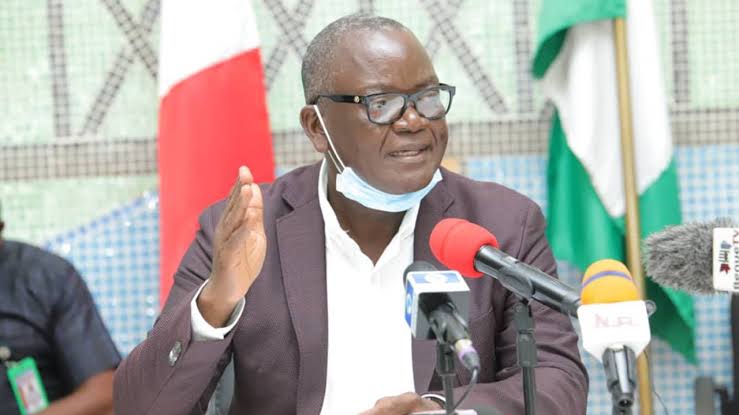 The Nigeria Governors’ Forum has reacted to Saturday’s attack on Benue State Governor, by gunmen suspected to be herdsmen on the governor’s convoy while on a visit to his farm at Tyo Mu along Makurdi-Gboko road.

Ortom had said that 15 armed men trailed his convoy to the river bank where he was on foot with his security details and opened fire on them.

The governors’ reaction came as the Inspector-General of Police, IGP Mohammed Adamu, yesterday, ordered full-scale investigations into the circumstances surrounding the attack and reported assassination attempt on the life of Governor Ortom.

Reacting to the attack yesterday in a statement, Chairman of the NGF and governor of Ekiti State, Kayode Fayemi, did not only describe the broad daylight attack on Ortom as “shocking and a rude awakening” but also noted that any attempt to make Benue State ungovernable, by virtue of that attack, would fail.

Recalling that the brother of a former governor of the state, Gabriel Suswam, was recently killed by gunmen, the governors said the plan of the gunmen was to make Benue ungovernable and vowed to bring the violence in the state to an end.

The statement read: “The news of the broad daylight attempt to cut short the life of the Governor of Benue State, Dr Samuel Ortom, is shocking and a rude awakening.

“The Nigeria Governors’ Forum, NGF, empathizes with the governor and the people of Benue State on this sad, cowardly, and wicked plan and vehemently condemns the act in its entirety.

“All hands must be on deck to uncover the identities of those involved in this heinous crime. The NGF wishes to state categorically that the attempt to make Benue State ungovernable is unacceptable and will fail woefully.

“Only recently the brother of one of the former governors of the state was mowed down in cold blood. This dishonourable and shameful act of resorting to violence, for whatever reason, to eliminate citizens of Benue State by brutal means must not continue.

“The NGF as a platform for all the 36 Governors will continue to encourage its members to stand firm in the service of their people regardless of the evil machinations of those who do not wish Nigeria well.

“Evil will not be allowed to triumph over good, not in Benue and not anywhere in this country. While all governors will continue to pray for Governor Ortom, the NGF wishes to draw the attention of all evil-doers that not only will they continue to fail in their wicked acts, but they will also definitely be traced and punished for their crimes, no matter how long it takes.

“Once again, the NGF prays for Governor Ortom and wishes him long life as his safety and that of all the people of Benue State continue to be paramount to the NGF.”