EXCLUSIVE: I Don’t Know Adelaja Adeoye, Who Wrote Disclaimer On My Behalf —Mulikat-Akande 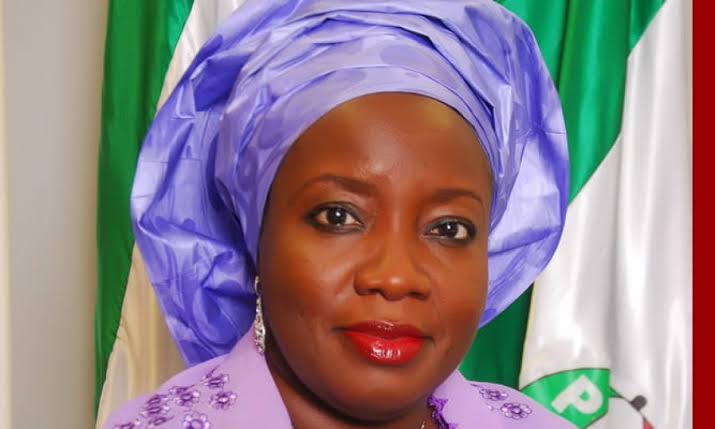 Former Majority leader in the House of Representatives, Rt. Hon. Mulikat Akande-Adeola who cried out over threat to her life yesterday, has reacted to a disclaimer made on her behalf by one Mr. Adelaja Adeoye.

Hon. Mulikat in her statement expressed surprised that, some people somewhere can order a disclaimer to suppress an issue as important as threat to her life.

” I am surprised reading a disclaimer written on my behalf, that my life is not in danger, you can see now that they are really after my life.

” I said my life is in danger, someone that i dont know said it is not, this is a ploy to divert attention and cause confusion in the mind of the readers.

” One Adelaja Adeoye was confirmed to have written the disclaimer on my behalf. From my investigation so far, he is an errand boy to close associate of governor Seyi Makinde, I don’t know him and i have never met him.

” This is the said statement Adelaja Adeoye wrote which is totally false and impersonating, so I stand on my earlier report of threat to my life.

My attention has been drawn to a malicious post now trending on social media, and some faceless blogs, insinuating that some assailants are after my life.

This fake report was maliciously drafted tolife o suggest that I have disagreement with our governor, Engr. Seyi Makinde, which is a blatant lie.

Let me state categorically that, I did not grant any interview to any journalist over threat to my life, and if such is the true situation, common sense should tell anyone that Media won’t be the first point of call, rather, the law enforcement agents office.

I hereby call on those spreading this untrue story, to desist, as their intention to create bad blood amongst political leaders in our dear Oyo State will fail.

It will be recalled that, Rt. hon. Mulikat-Akande revealed to our correspondent how some unidentified men have been parading her house in Ibadan and Ogbomoso, with some private callers trying to know her whereabouts on phone.