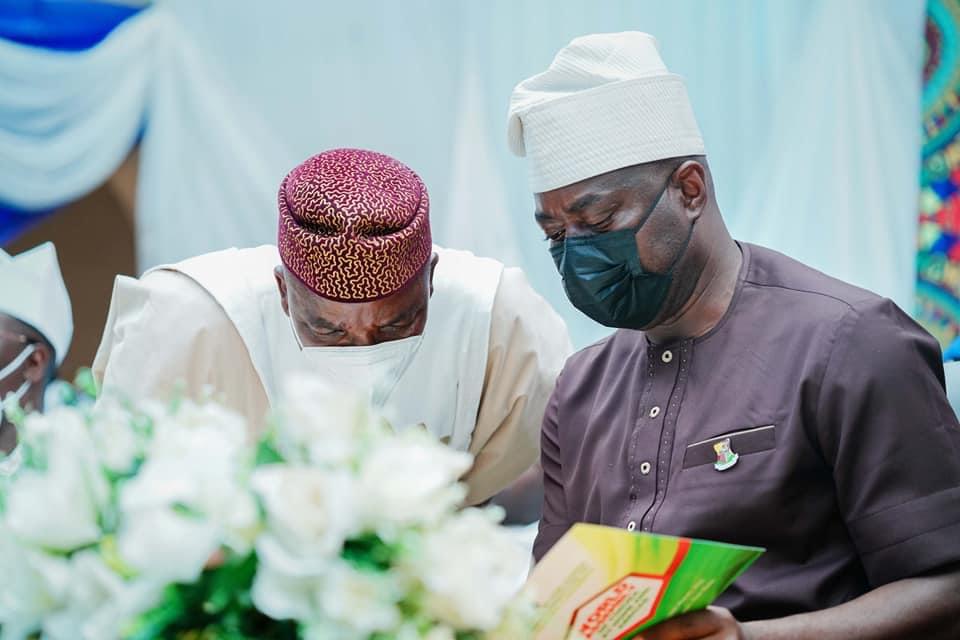 Oyo State Governor, ‘Seyi Makinde, on Wednesday, declared that he will always take decisions in the best interest of the people of Oyo State and Yorubaland in the fight against insecurity.

The governor, while speaking at the Pan Yoruba Congress held at Mapo Hall, Ibadan, said that he was not bothered about his personal comfort but about the welfare, development and growth of Oyo State and Yorubaland in general.

He maintained that his administration is working around the clock to make the people of the state sleep with their two eyes closed and go about their lawful businesses without any hindrance, adding that the state will incorporate the non-state actors into the new security architecture of the State.

He said: “By virtue of my office, I can see some certain things that you cannot easily see and I stand on my honor to say that I will take decisions in the best interest of my people.
“What do they want to do to Seyi Makinde? As I stand before you, if I am being asked to leave the seat as the governor, I do not have a pin to go and pick in my office in Secretariat. I go there with my bag and go back to my house with my bag. I made a commitment to the people of Oyo State to serve them. So, I am not bothered about the position but bothered about the welfare, development and growth of Oyo State and Yorubaland in general.

“At the last security meeting we had, I created a War Room because the issue of security is beyond rhetoric. I also set up a Task Force on security, which I am chairing, and one of the decisions we took there is that in the security architecture of Oyo State, we must now incorporate non-state actors. What we want to achieve is an Oyo State, and, by extension, a Yorubaland in which people can sleep with their two eyes closed; where people can go about their lawful businesses without any hindrance.”

He further emphasized that the government alone cannot tackle the menace of insecurity in the state, saying that all hands must be on deck to find a lasting solution to the issue.
He said: “In the days to come, those who are not in Amotekun, who could be OPC or Soludero or Vigilante, we will be coming to them to participate in what we call voluntary policing. What it means is that all hands must be put on deck to address the issue of security and development of our state. Government alone cannot do it. Our security agencies cannot do it all alone. Our traditional rulers and the non-state actors must come together to support their government.

“You installed this government and this government is ready to listen to you and do what you want; please give your support.”
He added: “When I was informed about this gathering, I told Baba Adebanjo that I will be here personally. If you look at the distinguished personalities on the high table, they are also people of note in Yoruba land. I am also a true son of the land. Though I have been having a busy schedule, this gathering is important to me and that is why I am here.”

He explained that the issue of 2023 election should not be the main discourse for now but how to deliver dividends of democracy to the door step of every Nigerian, adding that “it is needless to spill the blood of innocent people in the country.

“Now, some are saying that Presidency should be zoned to the South West in 2023 and making some unfounded comments. One thing I know is, the issue of 2023 should not be the main discourse for now but how we can ensure we give people what they deserve in this federation called Nigeria. That is what I think is the major challenge before us. And where it is needless to spill the blood of innocent people, we should not. Like our fathers will say ‘wisdom surpasses power.’ So, I want to urge us to apply wisdom in all we do. If we fail to apply wisdom, I pray none of us will be collateral damage,” he stated.

Earlier, the Aare Onakakanfo of Yorubaland, Iba Gani Adams, admonished Yoruba people to work together and speak with one voice, noting that “If the socio-cultural organizations and security groups are not united, it will be very difficult for Yoruba land to be united.”

He said, “I can assure you that this is a starting point for unity. We have agreed with some of the Yoruba leaders and socio-cultural groups on the high table that we will get the contact of every organization in this gathering and we’ll make sure we work together so that we can speak with one voice.”