Shooting Stars Primes For Another Win As Dynamite Come Calling 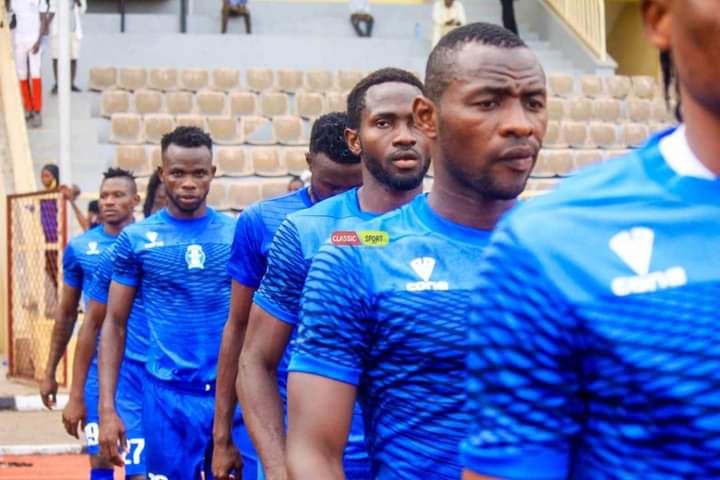 It is going to be a clash of an inform side and a struggling team as Shooting Stars Sports Club (3SC) of Ibadan engage Dynamite Force of Iyahmo, in a match day six encounter of the Nigeria National League (NNL) 2020/21 season.

Going by the performnace of the two sides in their previous matches, prior to this weekend’s fixture at the Dipo Dina Stadium, Ijebu-Ode, the Oluyole Warriors should have little or no problem adding the visitors to their victims list.

The Ibadan soccer lords will file out onto the Dipo Dina stadium pitch, which is fast becoming their slaughtet slab, aiming to continue with their good run, having won their last five matches.

Shooting Stars’ Chief coach Edith Agoye did say, after last Thursday’s 3-0 win over Osun United on the same turf, that his side will approach the match with utmost seriousness, not minding the difference between both sides, going into this clash.

What this portends, is that the visitors would definitely find their well motivated host too difficult to handle.

However, the coach Murtala Buruchaga tutored Dynamite, would be coming into this match in high spirit, having recorded a 2-0 victory over less fancied Stationery Stores last weekend in Iyahmo, the intimidating record of the Oluyole Warriors notwithstanding.

It remains to be seen, however, how the sixth placed Dynamite, with seven points from five matches, having won two, lost two and drew one, would be able to withstand the firepower of the Oluyole Warriors, who have chalked up 15 points points from the available 15.

With 12 goals scored and just one conceeded by the league leader, as against three scored and four conceded by Dynamite, who have not been good travellers so far, only a miracle can save the visitors from the rampaging Warriors.