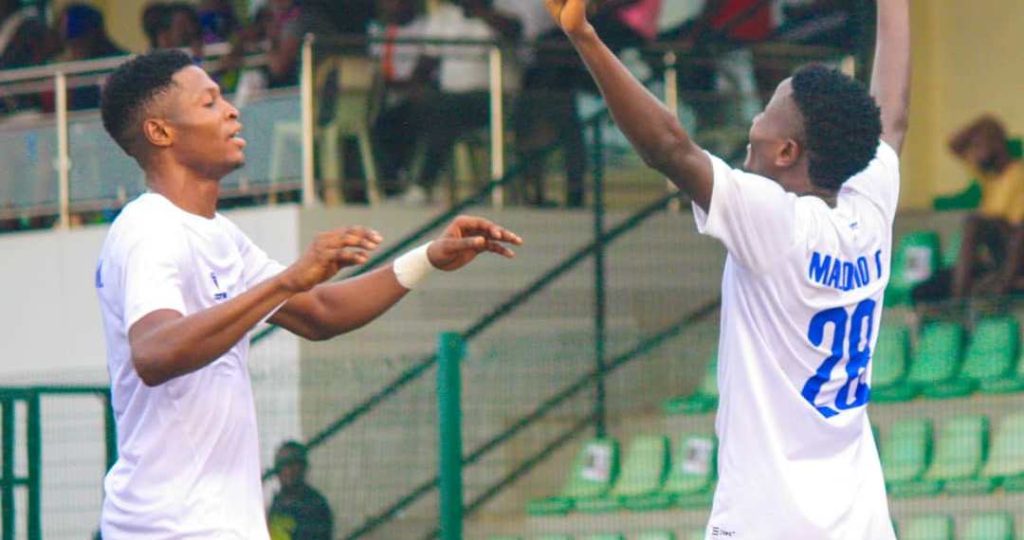 The Oluyole warrior maintain their lead with 15point in group B1. It was matchday five in the ongoing 2020/21 Nigeria National League (NNL)

The three goals were scored in the second half of the match with first and second goals from Malomo Ayodeji at the 60th and 68th minute.

Hycient Nwakegwu, who came in for enterprising Malomo Ayodeji, pulled the third goal at the 86th minute, giving the Oluyole Warriors another lifeline on the Group B1 chart table with 15points.

The Southwest derby,initially schedule to hold on Wednesday, was shifted to Thursday morning due to the non-arrival of the match referees from Akwa Ibom State.