Ismaila Ashipa: Are You For PDP Or APC? —Group Alleged 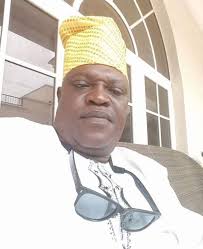 Elder Asipa is one of acclaimed PDP members with price tag that the APC employ to sabotage good efforts of the current PDP Administration in Oyo State.

In the remark of Right Shift Movement, signed by the PRO of the group and made available to Heritageecho.com; Comrade Ajiboye Kolade, opined that there are rules and regulations governing every human system (organization); even in the Animal Kingdom, there are code of conduct i.e. “ORDERLINESS”.

If Elder Asipa is really a loyal party member; he won’t be the one that will supervise covid-19 palliative distributed in Ibadan North Local Government by APC Senator Teslim Folarin.
The question for Asipa is this; “Are you for PDP or against PDP?”
Is Asipa for PDP or APC?

The answer is an open secrete to all and sundry in Ibadan North Local Government area of Oyo State.
If indeed he has facts as claimed by him regarding the local government chairmanship primary election done on Monday 8th March, 2021; he will channel his case through the appropriate body/committee established by the constitution of PDP. Not an abuse of social media platform to cause incitement and abuse to Oyo State PDP Executives by the use of ignoble words like calling the Executives”Inarobo”.

In his conclusion, Ajiboye advised Elder Asipa to tread the path of Honor by putting an end to his disloyalty to PDP before moving to APC , that is, his pay master for posterity sake.