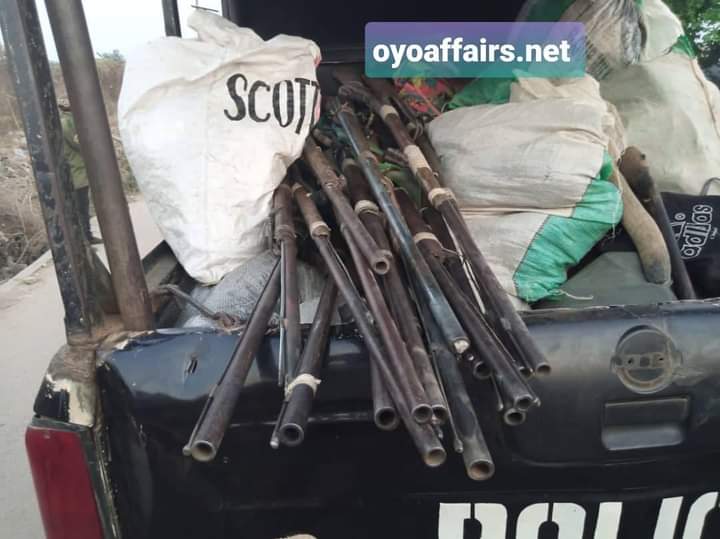 According to the OyoAffairs report , revealed that the Hausa men who were intercepted by the Atiba Amotekun Corps Command, when quizzed claimed to have come from Sokoto State and were heading to Igbo Nla Village with their final destination to be Old Oyo National Park.

The 16 men have been handed over to the Atiba Divisional Police Headquarters, Oyo, for more interrogation and investigation.