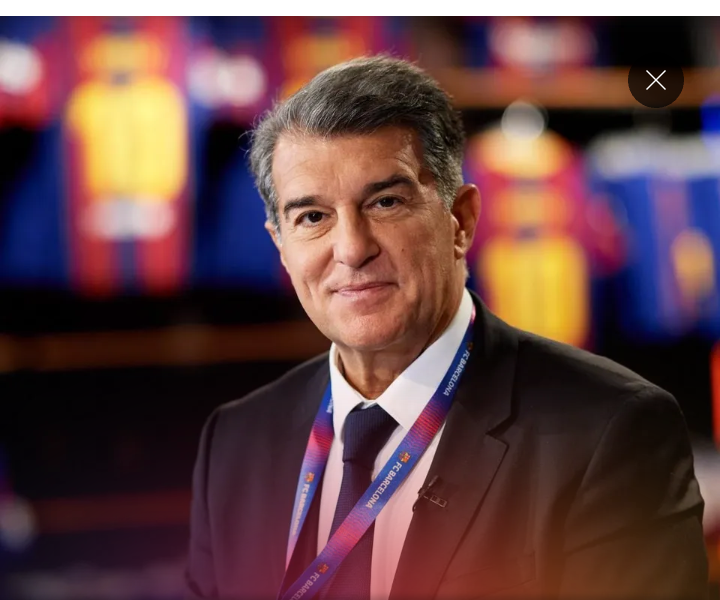 Joan Laporta i Estruch (Barcelona, ​​June 29, 1963), member number 13,352, once again become president of FC Barcelona. This has been decided by the club members in the elections for the Presidency and Board of Directors held yesterday, Sunday, March 7, on an exemplary election day, and which for the first time has been held in six different electoral venues and incorporated the vote-by-mail results.

According to fcbarcelona.com report, Once again, the members have democratically elected their president, with a turnout of 50.42% of the electoral roll.

“A total of 55,611 members have exercised their right to vote and by a large majority they have chosen Joan Laporta with a total of 30,184 votes. Before the start of election day, 20,663 members had already exercised their right to vote by mail, which for the first time was incorporated in elections to the presidency, and 87,479members could vote in person in any of the the six territorial headquarters.

“Laporta was the only candidate who had previously been president of FC Barcelona, between 2003 and 2010, and now 11 years after leaving the job he will once again lead the Club.Joan Laporta was the clear favourite with 9,625 signatures ahead of Víctor Font with 4.431 and Antoni Freixa with 2,634 and the presidential vote has reflected those figures.  The winning candidate came out on top thanks to his personal charisma and his experience. It is the fourth time that a president has taken charge at the Club in different mandates following the precedents set by Joan Gamper (1908, 1910, 1917, 1921 and 1924), Gaspar Rosés (1917, 1920, 1930) and Arús i Enric Piñeyro i Queralt (1940,Joan Laporta, president of FC Barcelona

“Now, with the elections complete, the Club statutes state that the new Board must take over within 10 days of the election. Before taking charge the new board will have to present the guarantees requested by the current rules. In this case the law from 10/1990 15 October for sport states that the guarantee must be 15% of the budget spend which means that the financial guarantee of the winning candidacy must be 124.6 million euros (15% of the 831 million from the 2020/21 budget). If the guarantee is not met then then it will be for the Managing Commission to call new elections.

“Joan Laporta was a leader in the fight against violence in stadiums and got FC Barcelona to be recognised as a standard-bearer in favour of peace, solidarity, democracy and individual and collective freedoms, essences with which it had traditionally been identified.