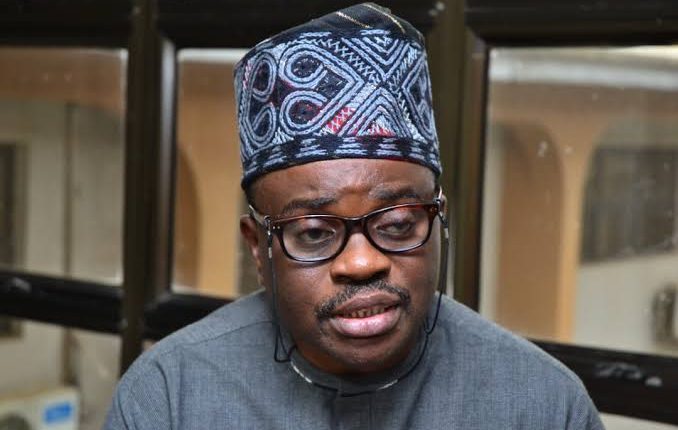 The Chief Press Secretary to Governor of Oyo State, Mr. Taiwo Adisa, said on Wednesday that claims that the state was about to lose a World Bank loan to the tune of $200 million were unfounded and a misrepresentation.

The spokesman to the governor, who was reacting to media reports to that effect, said that those peddling the rumour just to keep their names afloat in the media were mischievous and clearly behind the news.

The governor’s media aide said that Governor Makinde had in a detailed explanation on a recently held state television programme, “The Governor Explains” as to the real state of the said world bank loan.

According to him, the governor had explained that the total loan was $200 million and that before he came into office the previous administration had already spent $50 million and also committed $100 million to projects. So the remaining is $50 million, which the management of the project wants to use to do some works.

Recall that the Commissioner for Finance in the State, Mr. Akinola Ojo, who supervises the Ibadan Urban Flood Management Project (IUFMP), which is managing the loan, stated in a release on February 15 that the management of the project was following due process in awarding the last batch of contracts.

He also stated that the state government and the World Bank were not at loggerheads over the project, adding that due process is strictly being followed.

Ojo had also stated that it was unfortunate that some media houses misrepresented facts and figures to drag the project into unnecessary controversy.

A coordinator of the project, Dayo Ayorinde had equally said that the claims that the state would lose the said funds were unfounded, adding that the report was false in its entirety.
“It negates the reality of the situation in the bidding process as well as process of engaging contractors for the Second Pool of works at the IUFMP.

“To the best of our knowledge, there was NO QUERY to the State Government from the World Bank. The Bidding Process is on course; the two parties involved (the Oyo State Government and the World Bank) are positively engaging the Bid Evaluation Report (BER) through the PIU, and the process is within schedule,” the coordinator had said in the statement made public in February.

Adisa stated that by rehashing the unfounded story, the promoters have shown themselves as agents of fake news which the whole world has been preaching against.