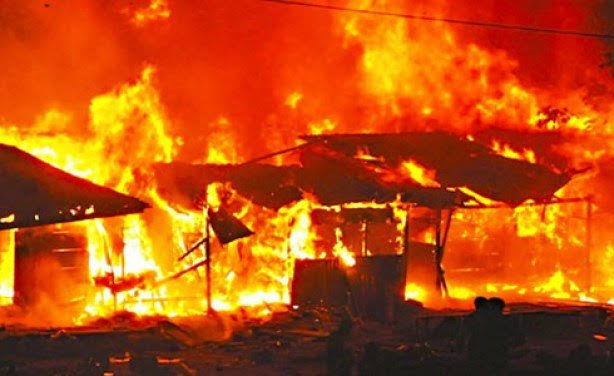 The fire outbreak occurred in the evening destroying properties and valuables worth billions of Naira.

An eye witness who confirmed the development to Heritageecho.com, said the late night inferno started at Idi-Odan area and later  escalated to other part of the market.

Oyo State Fire service helped alot to quenched the fire, while the combine team of Police and Amotekun Corps where there to prevent violent.