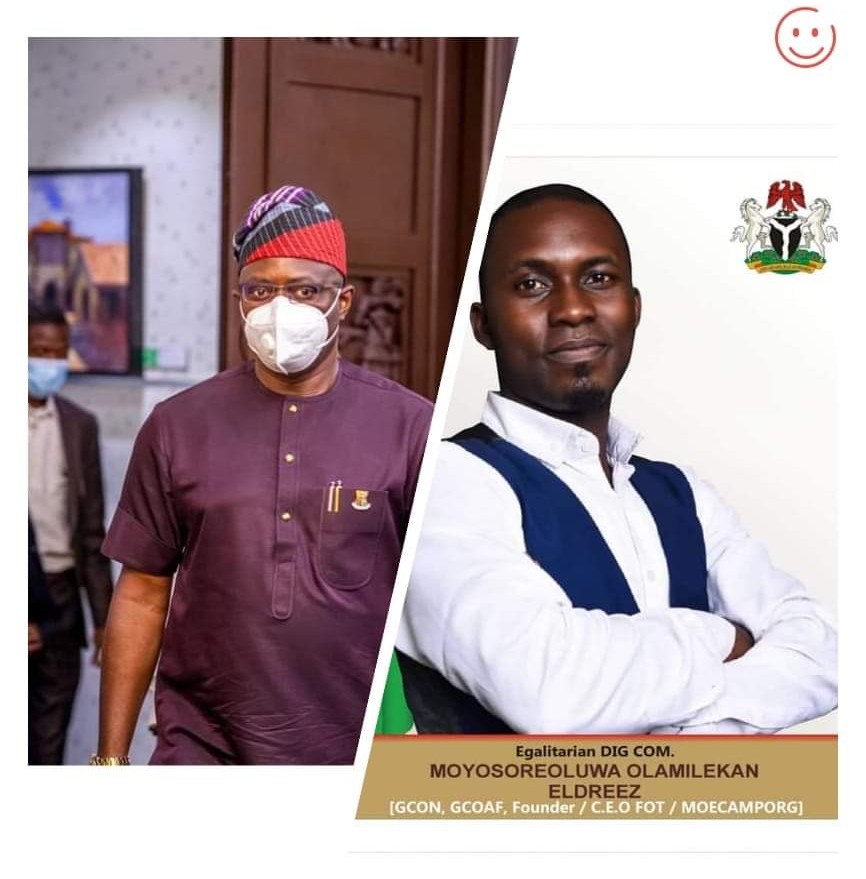 The convener of an annual revolutionary leadership summit tagged “Gbera, Arise and be a Maverick”, DIG. Moyosoreoluwa Olamilekan Eldreez (MOE), has charged Nigerian Youths on the implications of not participating in the political leadership of the country.

While speaking to the newsmen in Ibadan, He stated that the country needs young, vibrant, eloquence, emotional intelligence, able bodied minds to eliminate poverty and hunger, as well as ensure equality to take over the mantle of democratic leadership.

The CEO of Moyology Orientation Empire Foundation and Female Orientation Team Initiative, added that there is need for the youths to be on rampage and take what rightly belongs to them through their willingness to serve.

He said; “Research has shown that politics is about human resource administration and material management through the rule of law which implies producing credible representatives with the right ideological, intellectual and moral orientation for the purpose of pursuing the value of the nation as well as cater for the needs of the people through provision of basic amenities and a disciplined society.

“It has been observed by some active Nigerian youth that the bane of Nigeria politics is that our politicians are unskilled and without proper education or vocation on politics. To them, the political sector is dominated by the unemployed, idle and the kleptomania which cause the country to have no vision for sustainable development. he explained.

Also, as a result of negative godfatherism, manual system of political leadership, inept leadership as well as corruption and underutilization of human and material resources, the country is far from development.

He now stated that, Nigeria needs true patriots with wholesome political understanding who see political seats as service rather than business.

“Engr. Seyi Makinde has set the legacy for the youths to follow and it would be a turn around in Oyo State and Nigeria as a whole, if the youths can represent the people in all sectors. Nigeria needs the young minds and the brains of the millennias to restrategize the political, economic and social formations to that which is sustainable.”

He however claimed that the youth are set to be prime movers and shakers of charismatic/pragmatic leadership who would be able to meet up with the expectations of the people.

He said, the Mavericks are on the verge to set on rampage through credibility, reliability, integrity as well as honesty and discipline to take Nigeria to the height of sustainability. This may likely play out in the forthcoming Oyo State Local Government elections.