NNL: In Form Shooting Stars Aim For Victory Against Go Round 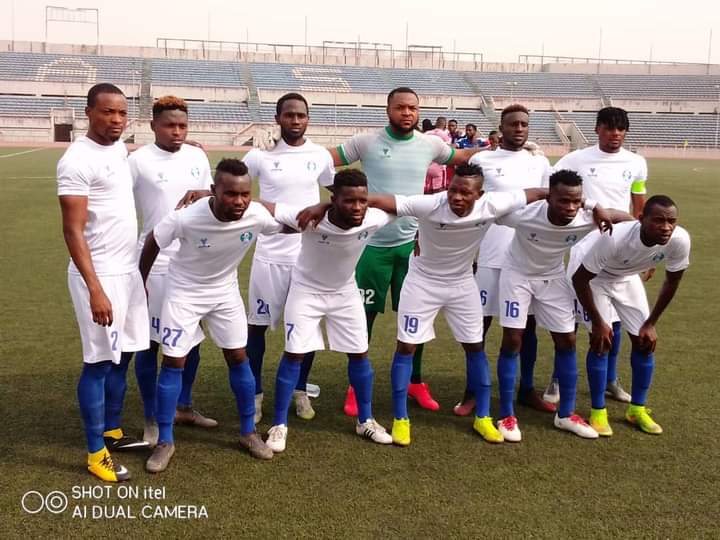 Southern Confetence Group B1 leaders,
Shooting Stars Sports Club (3SC) of Ibadan, hope to continue with their good start and ultimately maintain their spot at the top.

The Ibadan soccer lords would be eyeing another three points as they entertain Go Round FC of Omoku in a matchday three encounter of the Nigeria National League (NNL), 2020/21 season.

In a statement through the team media director, Tosin Omojola, said, With six points from the possible six and four goals advantage with none against, the homers look forward to extending their dominance of the group with a win in Sunday’s tie, billed for their adopted home ground, the Dipo Dina Stadium, Ijebu-Ode.

After last Saturday’s one nil away victory over Giant Brillars of Enugu, Chief coach of the Oluyole Warriors, Edith Agoye, swiftly shifted focus to this Sunday’s match, promising nothing but the maximum points.

This will be Go Round’s first away game of the season, having enjoyed the luxury of playing their first two matches on their home soil, drawing 1-1 with Osun United on matchday one and beating Stationery Stores 2-1in last weekend”s matchday two fixture.

Coach Abiye Tamuno Iyalla and his lads are surely in for a tough one as they engage the in form Oluyole Warriors.

Coming into this game fresh from last Saturday’s 2-1 win over Stores, should ginger the visitors to go into the pitch, believing that they can dim the Stars.

However, the inspiring form of the well motivated Shooting Stars, is enough to intimidate any opposition, hence, the visitors would definitely get more than what they night bargain for in this face off.

When both teams met in the opener of the botched 2019/20 season, the Omoku based side got bashed 3-0, a feat the supporters of 3SC would expect their darling team to repeat on Sunday.