JUST IN: Fayose, Makinde Are Ready To Work Together—Bukola Saraki 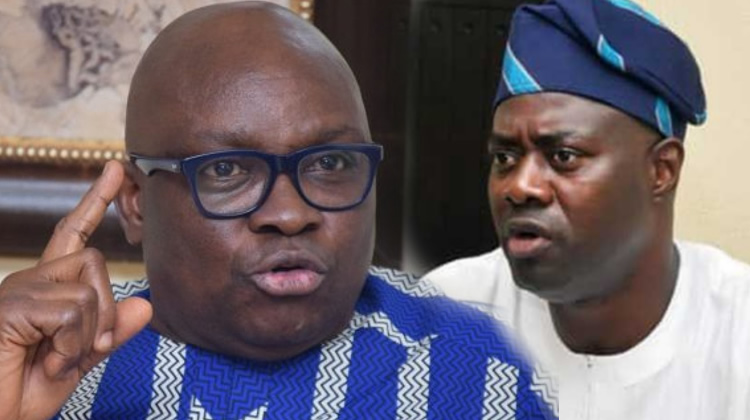 In lieu with the cricis between the Former Governor of Ekiti State, Ayodele Fayose, and Oyo State Governor, Seyi Makinde, the Bukola Saraki-led National Reconciliation Committee, have stepped in to make peace rain between the duo.

The Former President of the Senate met with the Governor of Oyo State, Engineer Seyi Makinde in Ibadan on Saturday.

According to the report, the meeting with Makinde was a follow-up to last week’s meeting the former governor of Kwara State had with a former Governor of Ekiti State, Mr Ayodele Fayose.

Both Fayose and Makinde have polarised the PDP as a result of their differences as both party leaders have been supporting different factions of the party in the South-West.

Both of them have also nominated different men and women for party positions in the forthcoming zonal congress of the party in the South-West.

Their supporters have also been accusing and abusing their leaders, calling them unprintable names.

However, Saraki, in a tweet on Friday, said both Makinde and Fayose were ready to work together in the interest of the PDP.

He said, “As part of our ongoing efforts to reconcile the leaders and members of our great party, last week, I had a meeting with the former Governor of Ekiti State, Ayodele Fayose.

“As a follow-up to the engagement and consultation, this evening, I just wrapped up an extensive but fruitful meeting with Governor Seyi Makinde of Oyo State.

“As we continue to listen to and learn about the concerns of stakeholders of our party, it is great to observe their willingness to work towards forging a stronger and more united Peoples Democratic Party. #PDPReconciliation.” he said.