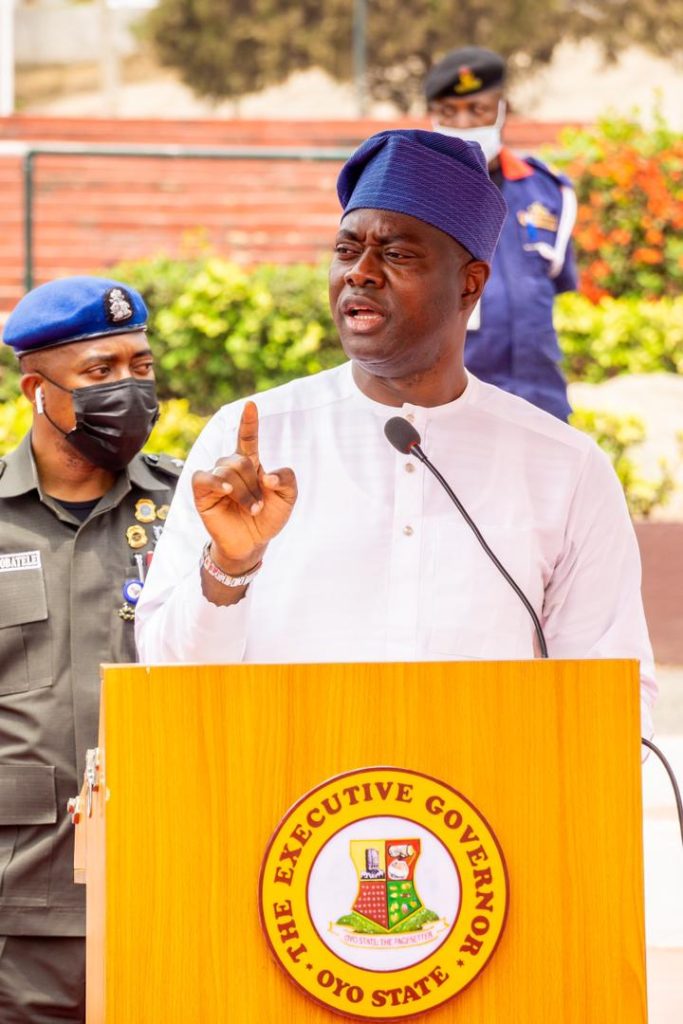 The Oyo State Governor, Engineer Seyi Makinde, on Wednesday, bowed to the demands of the Muslim community in the State and approved a yearly public holiday for the celebration of Hijrah.

Governor Makinde gave the approval during celebration of the birth of Prophet Muhammad, also known as Mawlud Nabbiyy, which he hosted at the Government House Arcade, Agodi, Ibadan.

At the event, governor Makinde okayed the celebration of the birth of Prophet Muhammad by the Oyo state government every year. It is referred to the first month of the Islamic calendar which had started counting in 622 AD after the emigration of Prophet Muhammed from Mecca to Medina in Saudi-Arabia. His statement reads;

“Some are saying the governor does not want us to be celebrating Mawlud Nabbiy. Last year, I believe we missed it. And when S.A Islamic Affairs came to meet me that it will be nice to hold the programme this year, even despite the COVID-19 pandemic, I gave him the go-ahead.

“We agreed on the date to choose, which can be convenient for our Imams, Alfas and others and that was why we chose today. I even told him that it is better we are late on it than not holding the event at all. But now, we know what is right and the promise is, from this point forward, we will be celebrating the event at the right time.

“The second issue is what Aare said about the Hijra holiday. He said that the past administration announced public holiday and when this government came in, it was cancelled. When this issue came up, I asked them if they announce holiday in some places in Saudi Arabia. And I also asked why it is not a national holiday. Or is it that some people are trying to use this issue to play politics in Oyo and Osun states? Or are they doing something that our religion dictates?

“If you check the four major pillars of this administration, we anchored Economy on two pillars. One of the persons handling a part of it is my Special Adviser on Economic Affairs, Professor Babatunde and the person in charge of Oyo State Investment Promotion Agency, Hon. Ogunwuyi. One is a Christian and the other is a muslim. I called them and asked that if we truly want our economy to expand and we declare holiday every time, will people take us seriously? So, different suggestions came up bothering on the continuation of this or not.

“For the first year, we could not have a landing. So, we continued with that discussion but since the Aare of Musulumi asked for it and because all of you also put in place this government, we will be observing Hijra as public holiday in Oyo State.

“So, the major challenge we are faced with is … contribute your quota and, for me, whatever is necessary, we will do it. Don’t be afraid because the government is doing everything possible to ensure that all of us sleep with our eyes closed in our different homes. Cooperate with the government to make this state move forward.”

In his remarks, the Aare Musulumi of Yorubaland, Edo, and Delta States, Alhaji Dawud Makanjuola, appealed to Nigerians, particularly, politicians not to use political warfare to destabilize the country.

He, however, charged Muslim faithfuls to express profound love towards one another and connect themselves to the life, message, and character of the Best of Creation, Prophet Muhammad as he is known.