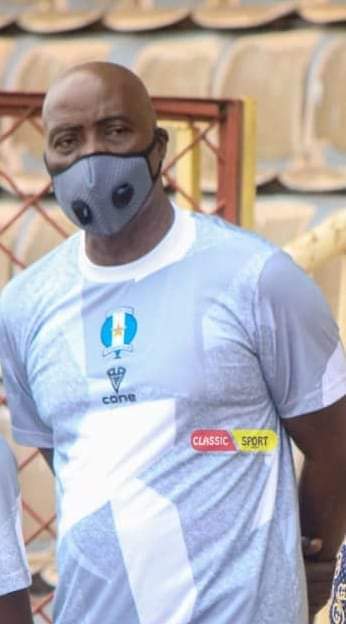 The General Manager of Shooting Stars Sports Club (3SC) of Ibadan, Rasheed Balogun, was full of praises for the players and officials of the team after Saturday’s 1-0 win over Giant Brillars.

Balogun, watched as his team fought hard to pick the maximum points against their host in a Match Day Two encounter of the Nigeria National League (NNL), decided at the Nnamdi Azikiwe Stadium, Enugu.

Addressing the players before they deaparted Enugu on Sunday morning, Ekulekule, as the astute football administrator is fondly called, commended them for showing the stuff of true Warriors in onquering their opponents.

“I want to commend all of you for doing a very good job on the pitch yesterday (Saturday), it was a difficult game but you were able to put them to where they belong, well done guys”.

The 3SC boss however urged the players and their officials to work on the areas where lapses were noticed ahead of next Sunday’s clash against Go Round FC.

He noted that getting the maximum points against the visiting Omoku based side, will apart from extending their winning streak, put the team in a vantage position for the top spot in Group B1.

He assured them that the club would not stop in encouraging them with good welfare packages, restating the commitment of the Governor Seyi Makinde led Oyo State Government to the cause of the club.