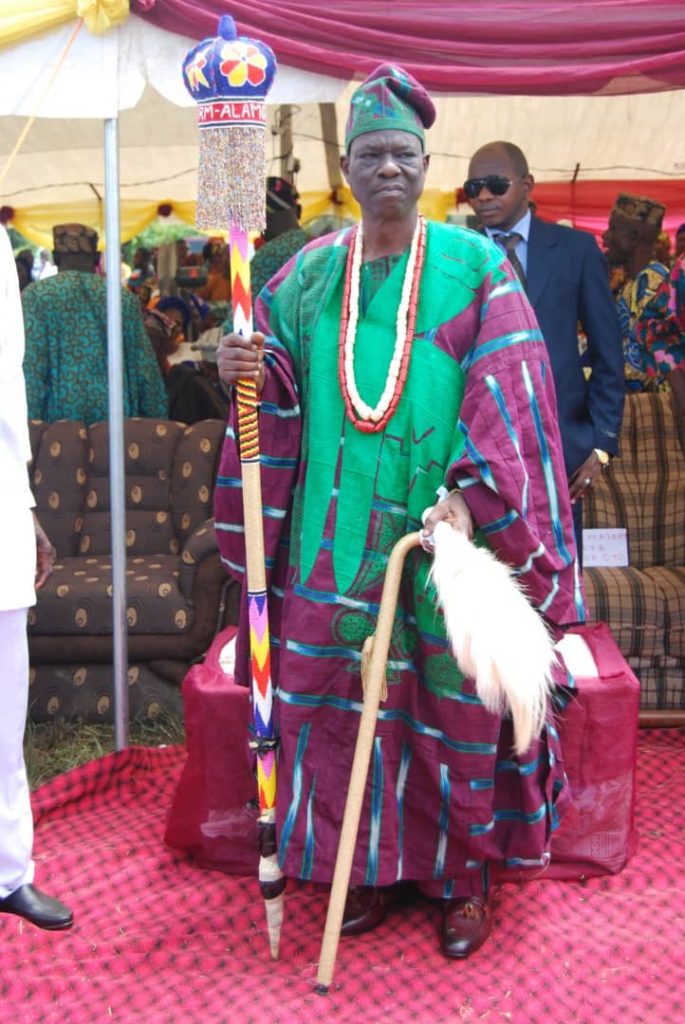 The Alamodu of Ago-Amodu in Saki-East local government area of Oyo State, Oba Olaoye Johnson Akinloye, Ilufemiloye 1, Olaewe II, has pleaded wih the State government to make its presence felt in the area by providing them with basic amenities.

The traditional ruler made the appeal during an interview with HERITAGEECHO.COM, he said, the town lack basic social amenities and such is causing backwardness for the town, no government project to point at.

He lamented, over the condition of roads in his domain, adding that power failure has been a daily experience in the land. This has caused major set back for social and economic progress of the town.

” We need progress and rapid development in the land, without both federal and state governments supporting us, this will be impossible”. he said.

Speaking further, Oba Johnson Akinloye requested the State government under the leadership of Engineer Abiodun Seyi Makinde, to establish a modern market in the town, as part of the measure to boost the township economic.

“We need good road, steady electricity supply and portable water, higher institution of learning, among others”.

Equally, the monarch also pleaded with stakeholders and group in the town to assist in building a modern palace for him.

Furthermore, the monarch pleaded with well to-do indigenes of the town, both home and in diaspora, to come home and establish cottage industries, plastic industries, private schools, higher institution of learning, fuel stations, as well as modern buildings.

He assured that anyone wishes to site industry in the area of Free land for the purpose, so as to further improve social and economic status of the town.