JUST IN: Protesters at Lekki Tollgate Arrested By Police.(PHOTOS) 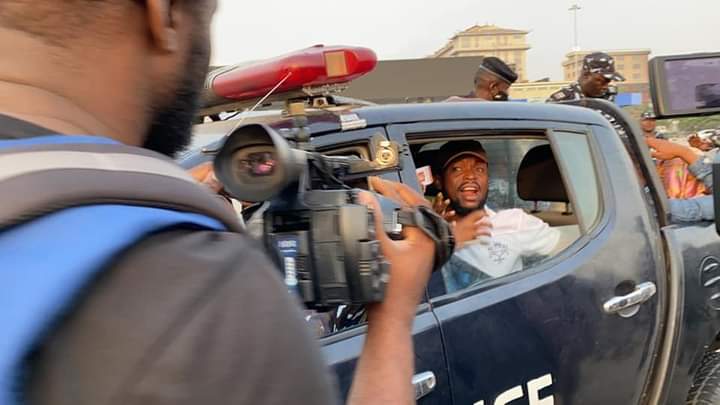 It would be recalled that the Federal Government and the police had earlier warned youths who planned to protest at the Lekki tollgate on Saturday (today) to have a rethink and shelve the protests.

No fewer than 10 protesters have been arrested by security operatives at the Lekki toll gate, one of the coordinators of #OccupyLekkiTollgate has said.

According to the PUNCH correspondence, “Kunle Ajayi said that the protesters were detained in a black maria and are about to be taken to an unknown location. Police have just arrested 10”

The group says; “They have been sending messages on social media, saying they would kill, maim and destroy. Our own group will be as peaceful as ever; we don’t know about the police and others.”

Another promoter of the protest, Juwon Sanyaolu, told Saturday PUNCH that the protest would go on as scheduled, noting that COVID-19 safety measures had been prescribed to demonstrators.

Sanyaolu said, “Everyone has been asked to come with face masks to ensure COVID-19 compliance. We are acting in line with constitutional requirements. We are not bothered about the government’s irresponsibility and lack of respect for its citizens.”

At exactly 7:50am this morning,the #OccupyLekkiTollGate protesters  were arrested by RRS police.