Ibarapa: Why We Must Not Blame Makinde For Buhari’s Failure- UI Don, Prof Albert. 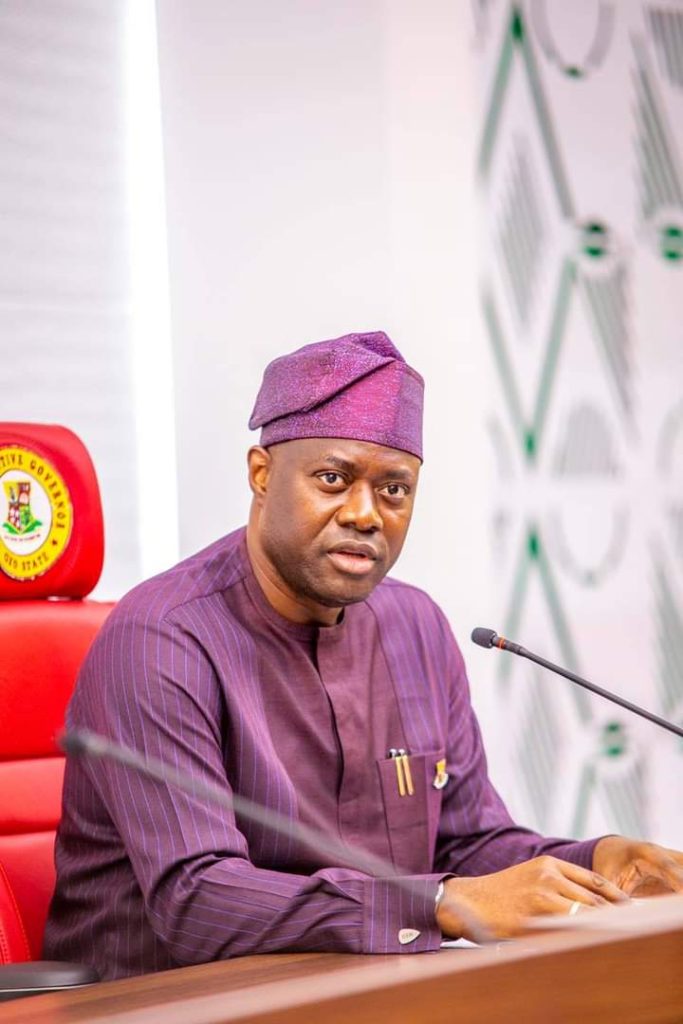 As a security expert, does it bother you that in 2015 prior to the advent of the Buhari presidency, what we used to have is Boko Haram insurgency in some states in the North East. But now, in addition to the insurgency, we now have banditry in the North-West and kidnapping almost in all zones.

There is a breakdown of law and order all over the country. And I think that is why some of us wonder whether Lai Mohammed has relatives because each time, he comes on air to say that things have improved, I honestly ask myself: Does this man have children? Does he have relatives at all? Before they came in, the problem we were all worried about was Boko Haram insurgency. But these Boko Haram members are now scattered all over the country, kidnapping and killing people. They come in the name of herdsmen. And all over the country now, there is insecurity. So, I don’t know why our leaders have elevated deceit to a philosophy of governance, telling lies every day. When you are sick and you fail to let the public know that you are sick, I think you are in a greater problem. Your healing process starts from the day you begin to admit that you are sick. What is expected is for this government to admit that the problems have increased and ask for the support of Nigerians to get out of it.

But this idea of saying when we came, we met greater problems won’t solve anything because even the blind know that they are telling lies. And if the Minister of Information can be telling lies, it means the Presidency should not be trusted. Outside Nigeria, people laugh at us. So, I think the new Service Chiefs should distance themselves from those misrepresenting this regime because if they too come in and start telling lies like their predecessors and the minister, I don’t see the situation getting better. The minister keeps saying things are getting better. That’s why some Nigerians have challenged him and the likes Garba Shehu to drive their cars from Kaduna to Abuja without any security escort. Let them try it. We didn’t have Kaduna road and Kaduna/Zaria roads as problems before they came in. We didn’t have banditry on this scale before they came in. But here we are today many people cannot go to their villages or travel out of the cities where they are. And yet some people sit down in Abuja and insist that things have improved.

You will recall that they campaigned on the military background of the Buhari as a strong enough magic bullet to end insurgency. Maybe they feel they need to sustain the argument.

There was a campaign for the reduction of our problems. But if the problems have not reduced, they should be able to provide a more scientific explanation from the system. Nothing stops them from confessing to the people what is happening and get the support of the people to renew the fight. But for them to be deceiving us by saying that things are improving is not helping Nigeria because the international community will not help us. So, we must not continue to live in this perpetual state of denial.

I am sure you followed what happened Ibarapa area of Oyo State when a self-styled freedom fighter, Sunday Adeyemo (aka Sunday Igboho) went to Ibarapa and gave a quit notice to the Fulani headship and also went back there at the expiry of the ultimatum to effect the order. What do you make of his action and the counter actions from the state government as well as the threats of the Arewa Consultative Forum that if Igboho is not arrested, there could be reprisal attacks in the North?

To me, I don’t think there is anything happening now that is strange to a scientific analyst. When a Federal Government fails to listen to good people, opinion leaders and traditional rulers, non-state actors will rise to occupy the space. It is established in extant literatures. If you don’t want to have the likes of Sunday Igboho, then you must have a state that has the capacity to respond. So, when the state is not responding, non-state actors will fill the space. And I think that is what we are witnessing. Sunday Igboho wouldn’t have been as popular as he is and be followed by so many young people in Ubarapa and Oke Ogun areas if there was an adequate response to the problem. I don’t want to go to his past. But what I just want to say is that he took advantage of an existing gap in the security architecture.

The lessons we need to learn from it is that those who are in power should use their power more creatively to win the confidence of the people. I listened to what the Security Adviser to the Oyo State governor and former Commissioner of Police, Fatai Owoseni said on television. He explained that the government has intervened in the insecurity in the land and that there are several cases in the court and many people in detention in relation to issues in Ibarapa and Oke Ogun. But I think the state government missed it by not letting the people know what it has been doing to deal with the problem. The sin of the Federal Government now is being visited on the Governor Seyi Makinde.

We know the governor to be active, but recently we have been having security breaches all over the state not due to the incompetence of the governor, but because despite him being Chief Security Officer of the state, he doesn’t have the resources to act powerfully in that capacity. So if people were being killed and kidnapped in Ibarapa and Oke Ogun, the governor doesn’t have the wherewithal of going there to arrest the kidnappers. The best he could do is to talk to the Commissioner of Police and the security agencies in the state. But if these people have not been able to arrest the problem, there will be an escalation of the problem and the interpretation of the people will be that the governor has not been defending them.

Meanwhile, when the governor was trying to call Igboho to order, I think the governor was doing what is expected of him because no governor will sit down in an office and watch a non-state actor take over the control of the state from him. The going of Sunday Igboho to Ibarapa to issue a seven-day ultimatum which even the governor doesn’t have the constitutional power to do is an element of security breach itself. But this breach was created by the way the Federal Government has abandoned the people. The Federal Government is in charge of the police and the army. So, if it is not able to use them to protect the people, then the people will protect themselves.

So in resolving this issue, the governors of the South West met in Akure and banned open grazing, insisting that herdsmen in particular locations must be documented and those who fail to be registered will have to leave. What do you make of this decision against the background of extant law in mots of the states which bans open grazing? This law hasn’t been enforced.

The law hasn’t been implemented because the Federal Government has been encouraging the herdsmen to believe that they are above the laws. Even the resolutions passed in Akure on same open grazing won’t work if the Federal Government doesn’t support it. This is because the governors of the South-West states do not have the police under their control. Forget about Amoketun. There is a limit to its powers. After those resolutions, if the Federal Government can come in to make a general announcement that henceforth, we don’t want open and night grazing and it is pronounced at the federal capital in Abuja, these herdsmen will comply because the government will send the police to go and enforce the order. If they can’t enforce it, the army will come in to assist them. But when you have a presidency that is saying that the herdsmen are entitled to where they are and what they are doing, it is like you have a Presidency that is supporting criminality. So, how do you manage those two extremes? The state governors are saying we don’t want this around us and the Federal Government is saying you must have it around you. This is what is emboldening the herdsmen because they know that the governors are just making noise which will not amount to anything.

So what do you advise the governors to do?

(Cut in) Let me tell you, to me, I believe there is little the governors can do. But there is a lot that the likes of Sunday Igboho can do because if the Federal Government fails to support the governors in restoring laws and orders in their jurisdictions, non-state actors will just rise up and fill the space. So, if the Federal Government wants the state governments to succeed and the likes of Igboho to be less troublesome in dealing with the situation, then the Federal Government should provide the governors with the needed security. But if this isn’t done and the governors are unable to address the situation while people continue to get killed, harassed and being driven away from their farms, the people will rise up and defend themselves. And that will further increase the popularity of the likes of Igboho. Let me give you an example. In 2000, the people of Oke Ogun drove herdsmen away from their communities after many of them have lost their farms and relatives to the herdsmen. Then, the people stopped taking to the then governor, Lam Adeshina and the Federal Government. They instead went to the farmers’ association and the Oodua Peoples’ Congress (OPC) who both teamed up to drive the herdsmen away. I was part of the group that helped to settle the problem. So, if the government is not there for the people, the people will resort to self-help which was what gave rise to Igboho as he never went there on his own. The people beckoned on him. And as I recently heard, there are thousands of ‘Igbohos’ everywhere who could rise to defend the people if the governors are not defending them. So, if we want law and order to be restored, the Federal Government should do the needful by allowing governors to maintain laws and order in their states and support the governors to take full charge of their states.