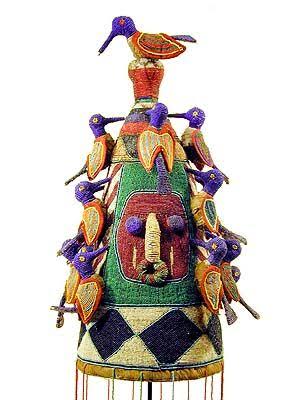 Since November 29, 2019 when the Supreme Court removed Oba Samuel Adebayo Adegbola, Akindele 1, there has been mounting pressure and agitation for a new Oba to lead the people of the ancient town.

It will be recall that, Oba Adegbola was dethroned by the Apex court following a protracted legal battle against him, spanning several years.

According to the Chieftaincy declaration set up by the late saga, Chief Obafemi Awolowo to ensure peaceful rotation of Obas among the rulling houses in the town in 1958. The arrangement bought to the following rulling houses, to produce candidates for the royal stool in the town.

All along there has been smooth rotation from one rulling house to the other, until after the demise of Oba Bolanle Olaniyan. Controversy set in among the rulling houses when Oba Samuel Adegbola ascended the throne and this resulted in the legal battle.

The claim then was that Oba Adegbola was neither from Olaribikusi nor from Akalakoyi rulling houses but from Olurin Compound in Eruwa.

This was where the legal tussle started. It was also gathered that Oba Adegbola was installed during the military regime of Sole administrator Shode in the State.

The kingmakers installed by the dethrone Oba Adegbola are; Odofin, Jagun, Olukotun, Ashipa, Balogun and Ikolaba but because of the situation and circumstances of their installation, they cannot function as Kingmakers. Cross section of indigene interviewed on the matter by our team Confirmed that the Apex court actually dethrone Oba Adegbola in 2019.

They used the medium to plead with the relevant authorities in the State to give the people of Eruwa a new Oba soonest.

Speaking with Heritageecho.com in his residence on Eruwa, High Chief Afolabi Opadoyinbo JP (a.k.a Maja), the only remaining kingmaker installed by the late Oba Bolanle Olaniyan, Gbajumola II installed in December, 1990, said the inhabitants had been longing for a new Oba in the town

“The pressure has been so much on me and without government intervention, I cannot do anything”. I’m the only kingmaker recognized in the town. Those appointed and installed by the dethroned Oba Samuel Adegbola cannot be invited to join me to complete the circle to do the needful.

High Chief Opadoyinbo described the people of Eruwa as very loyal, peace-loving and progressive-minded citizens who believe strictly in the rule of law and due process.

“I want to use this opportunity to passionately plead with both the local and State governments to initiate a move for the selection of a new Oba for us in Eruwa”. The people appear to be rulling out of patience over the matter.

We want progress and development in the town and without an acceptable traditional ruler/father such will be extremely difficult.
“So, I appeal with both our Governor, His Excellency, Engr. Seyi Makinde and Rt. Honourable Edward Adebo Ogundoyin, the State House of Assembly Speaker to urgently intervene in this matter. Everyone will really appreciate it, he further pleaded.